Donald Trump has not had an enviable month. He spent his first three years in office basking in a virtually unceasing stock market rally. Then, almost in an instant, those gains vanished, swallowed by the fastest bear market in history.

For a man singularly obsessed with “scoreboard” statistics, it’s almost like his presidency never happened.

It’s not Trump’s fault, of course. The stock market may have been overvalued and dangerously laden with debt, but no one could have predicted that a pandemic would force the government to “put the economy in a coma.” It’s not a black swan if you see it coming.

You Can’t Sweet-Talk a Black Swan

Trump initially responded to the crisis the same way he always addresses economic adversity. He tried to sweet-talk the stock market into submission.

That gamble did not pay off.

But as Mother Nature and Lady Fortune colluded to ignite a historic stock market crash, Trump did something wildly uncharacteristic. He scrapped his playbook and threw out the economic scorecard.

Rather than let the cogs of industry grind America’s most vulnerable – and least economically productive – citizens to keep the U.S. growth engine chugging, Trump ordered a “recession by decree.”

Jonah Goldberg wrote that our collective response to the coronavirus outbreak is a stunning display of “moral heroism”:

If America was the land of unfettered capitalism where ruthless efficiency and productivity were the only things that mattered, this is not what we would be doing…
People older than 80 are not, as a rule, vital cogs in the capitalist machine. If one were to apply the butcher knife of Peter Singer’s ethical pragmatism, we might even be setting up death panels.

And with a presidential election looming, that was no less true of President Trump.

But old habits die hard. It takes bravery to make a difficult choice – it takes a much greater degree of courage to live with it.

The Stock Market May Teach Trump a Painful Lesson

Trump’s commitment to “15 Days To Slow The Spread” lasted approximately six days. Then the fever-tweeting began:

Trump now says the U.S. economy will be fully reopened by Easter.

That’s a noble goal. Nearly 3.3 million Americans filed unemployment claims last week. That’s not just a new record; it dwarfs anything the country has ever seen. There’s a well-documented link between the unemployment and suicide rates, and that must factor into any public health calculus.

“You’ve got to be realistic, and you’ve got to understand that you don’t make the timeline, the virus makes the timeline,” Fauci said Wednesday on CNN, “you can’t make an arbitrary decision until you see what you’re dealing with.”

Or as market pundit Jon Authers put it: “The coronavirus doesn’t observe Easter.” 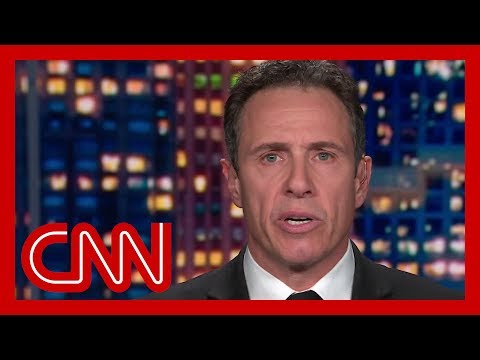 Maybe Trump has access to classified information that justifies his optimism about the economy. But I think it’s more likely that he’s back to his old tricks.

He’s rolling the dice and telling Wall Street what it wants to hear. And it’s working.

After failing to post back-to-back gains for more than a month, the stock market has roared to a three-day winning streak. The Dow Jones Industrial Average (DJIA) has rallied nearly 20% off its lows.

Trump’s strategy is paying off. But with each point of the Dow’s recovery, his gamble grows a little more dangerous.

The bill is going to come due on April 12.

The president may be about to learn a painful lesson. Lady Fortune is a fickle mistress. But she’s an even more formidable creditor.