Home Headlines Headlines Op-ed The Stock Market Has a $10 Trillion Time Bomb, and FedEx May Have Just Lit the Fuse

The Stock Market Has a $10 Trillion Time Bomb, and FedEx May Have Just Lit the Fuse

There’s a $10 trillion time bomb lurking in the US stock market, and FedEx warns that a dire economic outlook proves the fuse is already lit.

When the canary in the coal mine stops singing, you get the heck out of the quarry. But what do you do when the songbird spontaneously combusts, coating the shaft in a spray of viscera and feathers?

You know something’s not right, but you can’t really draw any conclusions from an episode that peculiar. Right?

Absent the viscera, that’s the scenario stock market strategists found themselves in when FedEx (NYSE: FDX) cracked open the lid of its Pandora’s Box of an earnings report.

FedEx’s ground division was the main drag on earnings. Revenues for this category fell 42% year-over-year.

What FedEx Tells Us About the Rest of the Economy

Most Americans don’t think about FedEx that often. When they do, it’s probably because they’re waiting on a package that, two days after the estimated delivery date, is sitting in a distribution center three states away.

But last-mile delivery only makes up a fraction of FedEx’s global operations. Most of their business comes from ferrying shipments from suppliers to manufacturers.

So when economists think about FedEx, they might be wondering if that last-minute holiday purchase will arrive in time for Christmas, but they’re also curious about the state of US manufacturing, and even industrial growth worldwide.

Because most of its customers reside so far up the business supply chain, FedEx is hyper-sensitive to changing economic conditions. It senses headwinds long before they appear in conventional indicators like gross domestic product (GDP).

FedEx has been such a reliable indicator that its stock price has appeared almost artificially tethered to the S&P 500 over the past half-decade. At least until 2019.

While the S&P 500 has surged to new all-time highs, FDX shares failed to achieve a sustained recovery from 2018’s end-of-year sell-off. And following the company’s latest earnings presentation, the stock price plunged even further.

And so that’s [poor freight volume] a reflection of the industrial economy and a large truckload carrier that just went bankrupt, Celadon, so it’s really a tale of two economies. And the stock market, of course, is very bullish. But the industrial economy does not reflect any growth at all, worldwide to speak of.

That’s a foreboding assessment. But Wall Street isn’t buying it.

FedEx’s earnings were so bad that analysts aren’t convinced they’re indicative of anything other than stunning mismanagement.

“Real simply, FDX reported an awful quarter and unlike 1Q20, this one doesn’t look like it can be pinned on ‘Macro,’” Gordon Haskett analyst Don Bilson wrote (via CNBC). “Instead, this looks more like a good old-fashioned face plant[.]”

To be sure, things don’t look quite so dire when you replace FedEx’s stock chart with the industrial sector ETF. The year-to-date returns are far more comparable. Still, there’s a small gap forming between the recent gains in the S&P 500 and industrial stocks.

And that gap has widened over the past month, despite the fact that US manufacturing is supposed to be enjoying a rebound – not to mention a boost from the US-China trade deal.

US manufacturing data are a lot worse than they appear at the surface, according to the Institute for Supply Management (ISM).

Leaving aside the headline PMI reading – which indicates the sector is in a technical recession – ISM’s new order index has been in a downtrend for at least half a year and has been contracting for the past four months.

That would seem to confirm FedEx’s warnings about the macro environment. New orders are a leading indicator of demand for manufactured goods, and their drop foretells more pain ahead for the industrial sector and the broader US economy.

And the broader economy has been showing signs of cooling for the past two years.

The latest reading of the Conference Board’s Leading Economic Index (LEI) – a composite of 10 indicators – brings the metric’s 12-month growth rate to just 0.09%, its worst mark since 2009.

Dating back to 1981, LEI’s 12-month reading has flipped from positive to negative five times; a recession arrived within the next calendar year on four of those occasions.

The $10 Trillion ‘Time Bomb’ Lurking in the Stock Market

One of the next economic downturn’s first pressure points will be corporate debt, which now stands at just under $10 trillion, having ballooned by 50% since the financial crisis.

UBS strategist Francois Trahan notes that a drop in new orders could foreshadow a decline in the S&P 500’s average credit rating. That’s because new orders and other leading measures of economic output lead the equity index’s credit rating by around six months. In other words, the dangers ISM identifies now could show up more acutely in the real economy six months down the road.

Half of that debt matures within the next five to six years. Trahan warns that looming credit downgrades would force stock market heavyweights like Amazon and Walmart to roll over their debt at much higher interest rates than they enjoyed during the decade of cheap credit and easy money.

Higher rates would exert downward pressure on corporate earnings and stock prices, which would, in turn, reverberate across major indices like the Dow Jones Industrial Average, S&P 500, and Nasdaq. 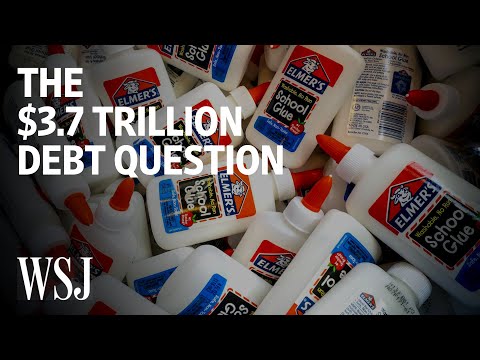 But it wasn’t just blue-chip firms like Amazon loading up on debt. In fact, the greatest threat may be “zombie” companies that would have collapsed under a traditional credit regime. Central bank liquidity has kept them on life support, but an economic slowdown – followed swiftly by credit downgrades – threatens to trigger an “Armageddon scenario” in US financial markets.

“We are sitting on the top of an unexploded bomb, and we really don’t know what will trigger the explosion,” Emre Tiftik, a debt specialist at the Institute of International Finance, told the Washington Post.

With the stock market on the verge of entering a new decade at record highs, the canary in the US economy’s coal mine has gone silent.

The question investors must reckon with is deceptively simple: Why?

← PreviousDow Jones Is Massively Overvalued, According to One Key Metric
Next →Facebook, Google Rake in Election Ad Spending While Twitter, Spotify Say No