Chillingly, Scariest Coronavirus Death Toll May Not Come from COVID-19

A great deal of scientific research indicates the coronavirus containment strategy will cause more deaths than COVID-19 would have.

Many people will die because of coronavirus, but drastic containment strategies in many countries may leave even more dead. Alarmingly, the death toll from a now imminent coronavirus recession could be much higher than that from COVID-19.

The wholesale lockdown of so much of the economy has created such a great financial loss, disruption, and panic that job layoffs have skyrocketed. Years of record low unemployment rates are about to end abruptly and dramatically.

The Next Unemployment Report Will Be Brutal 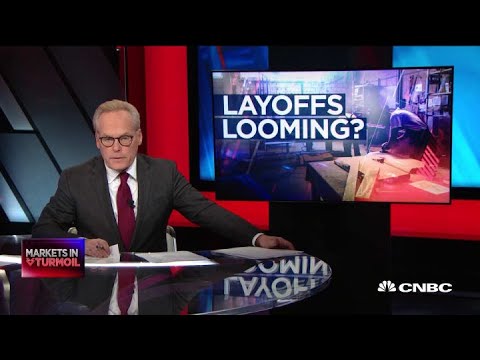 Reports from businesses and local officials across the country portend a wave of coronavirus unemployment cases unseen since the Great Recession.

While unemployment applications in Ohio increased sevenfold this week to 45,000, filings jumped twelvefold in New Jersey to 15,000 on Monday. Over the weekend Connecticut unemployment cases surged eightfold to 8,000. Rhode Island had 10 unemployment claims on March 11 and 6,282 on March 16.

An NPR/Marist poll conducted over the weekend found 1 in 5 households have already reported someone being laid off or having their hours reduced because of the response to coronavirus. Those earning under $50,000 were hit harder, with 1 in 4 households affected by coronavirus layoffs. Josh Bivens, research director at the Center Left Economic Policy Institute estimates 3 million jobs will be gone by summer.

On Wednesday Treasury Secretary Steven Mnuchin denied reports by multiple outlets that he told GOP lawmakers that unemployment could rise as high as 20% if they failed to pass a coronavirus relief package.

Recession is Deadlier Than Coronavirus

So far COVID-19, the disease caused by coronavirus has been a factor in over 8,000 deaths globally. But the Great Recession claimed far more lives. A study by researchers at Imperial College London linked 500,000 cancer deaths to the Great Recession. They found unemployment and health care cuts lead to these half a million tragedies.

A study by University of Oxford researchers found 10,000 suicides tied to the Great Recession. That was in the US, Canada, and Europe alone.

There is a robust scientific literature on the link between unemployment and higher suicide rates. Researchers at the University of Otago found labor force status is a strong predictor of suicide death. The paper says unemployment is “strongly associated with suicide death among 18–24 year old men.”

An economic recession (in terms of an increase in unemployment rate) is more likely to increase the suicide rate among an old age group (55–64 years old) than among other age groups, while an economic expansion (in terms of a decrease in unemployment rate) is more likely to reduce the suicide rate of young (15–24 and 25–34 years old) and middle age groups (35–44 and 45–54 years old) than their counterpart.

Another study by researchers at McMaster University and Seoul National University linked even unstable employment to higher suicide rates, concluding:

Unstable employment had a significant impact on suicide among people aged 25–34.

Therefore, it’s plausible that more people will die amid the recession precipitated by the radically broad coronavirus containment response than from COVID-19 itself.

If you’re in crisis or need emotional help, please use the following resource to for support over a phone call.