The Dow Jones Industrial Average (DJIA) rallied for a third straight day on Thursday, as the worst jobless claims report in U.S. history unexpectedly prompted investors to breathe a nervous sigh of relief.

More than 3.28 million Americans filed unemployment claims – a record increase of 1,064.2% from the previous week. Judging from today’s stock market upswing, investors apparently feared the number would come in even worse.

Unfortunately, analysts say the worst is yet to come for the U.S. stock market. Speaking to CNBC, RBC Capital Markets’ Lori Calvasina said she’s looking for the S&P 500 to fall back to at least 2,000 – a drop of 20% from here.

I think there’s a good chance that [Monday] probably wasn’t [the bottom]. What we know about bottoms is that they do take time … The market was starting to tell us that something more onerous than an ordinary recession is at hand. And I think that possibility is still out there. 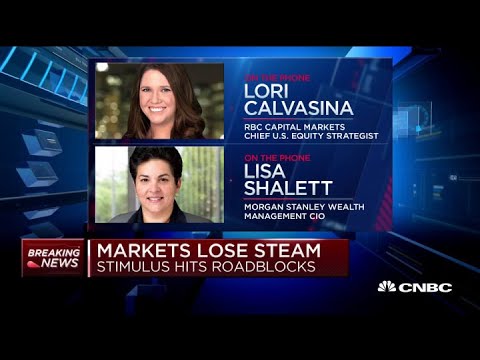 I don’t think we’re ready to declare a bottom either.

All of Wall Street’s major indices rose during the Thursday morning session.

One reason the Dow Jones largely ignored the jobless claims data may be that a $2 trillion rescue package is finally making its way through the Senate.

Economists hope this rescue package – which includes a $500 billion lending program for businesses – will help companies keep employees on their payroll despite the crisis.

Stock futures had struggled overnight after the state of California reported over 1 million unemployment claims, a shocking rise from just 50,000 in December.

Nationwide estimates had suggested a figure as high as 4 million.

We’re coming up with a number that could be over 3 million and perhaps as high as 3.4 million – Ron Temple, Lazard Asset Management, NY.

Workers have lost their jobs across all sectors of society from the service industry to travel to the self-employed. This is the beginning of a longer recession and investors are reluctant to go back in the water. Temple continues:

That kind of magnitude of an increase in unemployment and shock to the system, it’s way too early to be trying to call a bottom or prognosticate how much further (the market) could go down.

Thursday jobless claims is the first indicator of the U.S. economy retracting. And analysts say it’s just the beginning. Mohannad Aama at Beam Capital Management said firms are restructuring and downsizing across the country:

Any number we get on Thursday won’t give an accurate picture of what is going on out there with downsizing decisions being discussed in corporate America as we speak.

With gut-wrenching economic data on the way and more coronavirus headlines, Wall Street is bracing for a deeper market bloodbath as the crisis continues.

Coronavirus impact will get worse before it gets better

The news cycle is expected to get worse as America becomes the global hotspot for the novel coronavirus. Investors say they won’t get fully back into the market until there’s an end in sight. Tarek Fadlallah at Nomura Asset Management told CNBC:

I wouldn’t be rushing straight back in at these levels … The news flow in the next two weeks will get worse, especially as we see the infection rates increase in the US and Europe. Once we start to see an improvement in those numbers … Once I see the news flow improving and I can see an end to this situation, then whatever the level is, you have a look at that and make a decision.