Antonio Brown has made it abundantly clear that he desperately wants to play for the New England Patriots again. Rather than realizing the foolishness of his “woe is me” schtick, the former NFL great took to social media to double down on his desire to be back playing in Foxborough.

Opting for Instagram, Antonio Brown posted the following meme as he continues to pine for the good old days, namely his single game in a Patriots uniform catching passes from Tom Brady.

After making a plea to Patriots fans to beg their team to re-sign him, Brown has now blessed us with more evidence that he sharply regrets how things have turned out.

But while it’s rarely okay to root for anyone to fail, it’s tough to feel bad for Brown when the Colin Kaepernick situation is still unresolved.

Brown Is Not Colin Kaepernick

When you try and compare the NFL careers of Colin Kaepernick and Antonio Brown, it’s not a fair fight. Brown is far more established and accomplished. If stats are all you care about, then yes, the case for AB returning to the league is far stronger. However, almost every other argument strikes to the contrary.

The fact that Antonio Brown is not currently wearing a Patriots jersey is purely because of his own actions. There is no underlying conspiracy, no rigged system, and no political undercurrent. His behavior, even to his staunchest allies, has to be described at best as erratic, and at worst, potentially criminal. 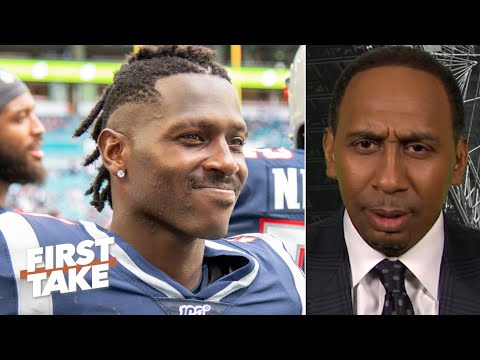 Compare this to the politically polarizing Colin Kaepernick, who has been back in the headlines after a slew of injuries to starting quarterbacks has left undrafted free agents earning NFL starts.

Kaepernick could beat out most of the league’s 2nd and 3rd stringers whether he’s been working out or not. The NFL knows this, and the public didn’t need the dossier from his agent to remind us. The Pittsburgh Steelers have given running back Jaylen Samuels snaps at QB for goodness sake, and now he’s injured too.

Standing up for a cause hurt Kaepernick, but what killed his career was suing the NFL. Yes, other players have filed similar grievances, but the owners are a fickle bunch who don’t take kindly to people who cause them trouble.

Tim Tebow’s career as a backup QB was eventually torpedoed because he attracted too much controversy relative to his skill-set. Kapernick polarized fans, and his decision to attack the league proved to be the final straw.

With Tebow and Kaepernick earning early exits from the league due to their respective media circuses, how much of a chance does Antonio Brown really think he has, given that he invites both a PR firestorm and unwelcome legal questions?

After forcing his way off two NFL rosters, Brown filed a record number of grievances following his ejection from a third NFL squad. That latest release came after he was hit with multiple sexual assault allegations, which by themselves have been enough to end a career.

Despite this, Brown continues to show no outward contrition for his behavior and has a PR team that is either unable or unwilling to do anything to right the sinking ship.