Antonio Brown’s behavior is drawing comparisons on Twitter with a famously eccentric wide receiver. Rather than another member of the NFL, it is Ricky Jerret, John David Washington‘s famous character from HBO’s Ballers.

Antonio Brown is Ricky Jerret….Don't @ Me…

When you dig down into this, it’s extraordinary how similar Antonio Brown’s life has become to Jerret’s. After acting out for most of season two, the wide-out is cut from his team only to be signed by the New England Patriots if he agrees to buckle down, work hard, and do his job. Sound familiar? Both Brown and Jerret leave the NFL, but while the Ballers character retires citing health concerns and the need to look after his family, the best real wide-receiver of the last half-decade is retiring amid sexual abuse scandals and bitter tweets.

New England Patriots the End of the Line

What makes this comparison all the more curious is that Antonio Brown was one of the first NFL players to star in HBO’s highly successful show. The question is, did Antonio Brown’s storyline inspire Ricky Jerret, or did Brown model himself after Jerret? Sadly, with all the contacts that the Ballers writing staff and producers have in professional football, it appears that the former is most likely to be true. AB’s move to New England happened after Ricky’s did on Ballers, but John David Washington’s character didn’t need such a coincidence for the similarities to be noticed. 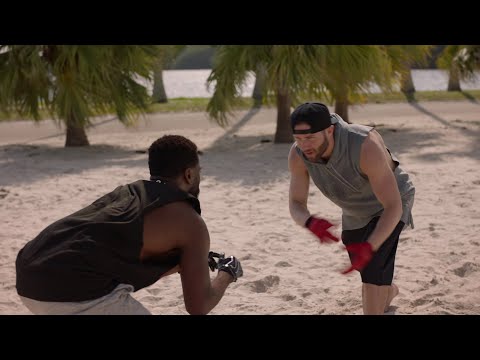 Twitter has certainly noticed, with many fans taking to the site to make this startling comparison.

Anyone else notice Antonio Brown is acting exactly like Ricky Jarret from #Ballers pic.twitter.com/8188QbbvsC

There is a serious consideration alongside this humorous dialogue. Ricky Jerret suffers from Chronic Traumatic Encephalopathy (CET), the degenerative brain disease that afflicts many former NFL players. The increasingly erratic behavior that his character displays is directly linked to hits he has taken on the field. People can be forgiven for attributing Antonio Brown’s behavior to a similar brain injury.

Dallas Cowboys legend Dez Bryant is worried about the state of Brown’s mental health and tweeted the following heartfelt message about anxiety and depression.

For @AB84 and any other athlete who care to read pic.twitter.com/rlrC76zEZX

Unfortunately for Antonio Brown, his life is not an episode of Ballers, and he must deal with a terrible concoction of assault allegations and self-inflicted peer condemnation. As time goes by, the dialogue appears to be changing from ridicule to the question, “are these the actions of a well man?”