In a surprising U-turn, Antonio Brown, the former Pittsburgh Steelers star, is apparently interested in playing in the NFL again. After being released from the Oakland Raiders and New England Patriots this year amid a myriad of sexual abuse allegations, Brown had called time on his career as a football player. Today’s tweets appear to have reversed that decision.

Antonio Brown Wants to Play in the NFL Again

For those following Antonio Brown’s story, there have been signs of interest from other NFL teams. According to Brown’s agent, appetite for the wide receiver’s services is healthy, and credible talks may have reignited his desire to return to the field.

From the perspective of any teams that might sign the troubled star, there is one clear requirement that would have to be fulfilled. Brown must be exonerated from the sexual abuse allegations. Additionally, any potential GM or head coach who decides to take a chance on the former-Steeler will need to feel confident that the theatrics are over. After recording Coach John Gruden and posting a private conversation publicly, as well as fighting with the Raiders’ front office, AB must overcome his reputation as an erratic and disruptive presence in an NFL locker room.

Despite these problems, it’s not surprising that any NFL team would want to take a gamble on the 31-year old. Statistically speaking, Antonio Brown is one of the best wide receivers of his generation and was once headed for the Hall of Fame. Should the legal storm clouds clear, there is an opportunity for an incredible bargain as the guaranteed money that Brown can command from teams has plummeted.

Potential landing spots for Brown are numerous now that his price tag has dropped. Earlier this month, the Chicago Bears, Washington Redskins, Dallas Cowboys, and Kansas City Chiefs were all considered possible destinations in need of the star receiver.

The Bears’ offensive struggles are well documented, while the Redskins aren’t setting the league alight either. For Antonio Brown, joining the Chiefs and the recently crowned Mr. Perfect would have to be the most enticing of these options, with a WR1 slot freshly opened after Tyreek Hill’s broken collarbone. Hill has faced his own controversies, and the team stood behind him, so perhaps Coach Andy Reid would be prepared to offer an olive branch to Brown. 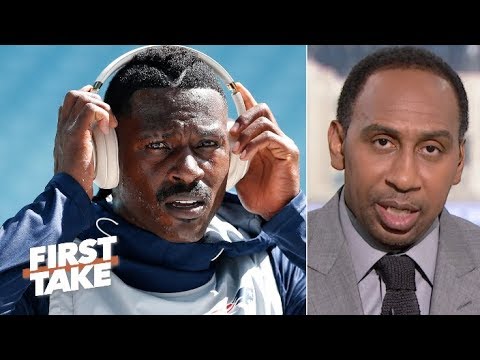 While unlikely, the prospect of Brown playing for the Cleveland Browns is certainly capturing the attention of fans in Ohio. The possibility of a receiving corps that has Odell Beckham Jr. and Antonio Brown would be terrifying for any defense in the NFL. The Browns did sign star running back Kareem Hunt (who is currently serving a suspension after assaulting a woman last year), so perhaps ownership would be open to taking a gamble once again.

Will Antonio Brown return to the NFL? While the odds have risen now that the wide-out actually wants to play, that option would evaporate if he is actually convicted of any wrongdoing. All interest from the NFL will be entirely theoretical until the allegations by two female accusers are resolved.