The U.S. stock market hasn’t been that expensive since the dot-com bubble. The bubble is about to pop as investors’ optimism is fading.

The Stock Market Has Rallied Despite Dismal Earnings

Falling earnings have contributed to the rise in P/E. According to FactSet, second-quarter S&P 500 earnings are expected to decline by 43.5%.

Falling earnings should put downward pressure on high stock prices. But the link between analyst forecasts and the direction of stock prices has been broken.

Indeed, the Federal Reserve’s massive stimulus has put a floor beneath the S&P 500.

The Fed’s efforts to keep interest rates and bond yields low more than offset the collapse in corporate profits. It has pushed stock prices higher even if corporate profitability and the economic outlook looks bleak.

The stock market has looked past health concerns, high unemployment, and a rising number of bankruptcies as it banked on a fast recovery.

A Bubble Is Forming

Legendary investor Jeremy Grantham believes the U.S. stock market is forming a ‘Real McCoy’ bubble that may end up hurting investors. This may just be the most “crazy” market he’s seen in his career.

He said in a CNBC “Closing Bell” interview aired on Wednesday:

My confidence is rising quite rapidly that this is, in fact, becoming the fourth real McCoy bubble of my investment career. The great bubbles can go on a long time and inflict a lot of pain but at least I think we know now that we’re in one.

Grantham accurately predicted Japan’s asset price bubble in 1989, the dot-com bubble in 2000, and the housing crisis of 2008.

Day traders who have lost their jobs and speculate on bankrupt stocks like Hertz (NYSE:HTZ) have inflated the current bubble. 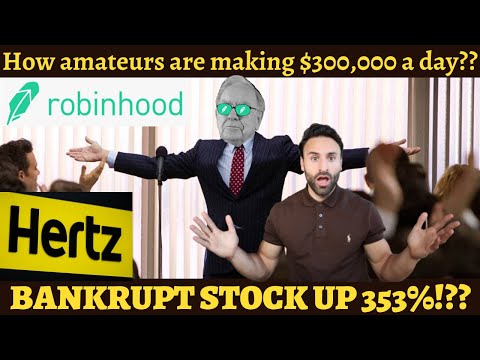 But the bubble might pop soon. The U.S. stock market already shows signs of fatigue, having paused its gains this week.

Fears of a second pandemic wave have risen in recent days as several states registered a spike in virus cases. Disappointing jobless claims data also weighed down the stock market. Investors’ optimism about a quick recovery is fading.

Recovery Will Be A Long Road

Even as states begin to reopen their economies, employment and spending remain well below the pre-crisis levels. Consumer confidence is badly shaken. Until the virus is under control, the economy will be slow to bounce back.

Researchers from Harvard wrote in a report:

The only path to full economic recovery in the long run may be to restore consumer confidence by addressing the virus itself.

The authors argue that trying to stimulate economic activity with traditional methods may not be useful in this situation. Instead, they think it might be more fruitful for the federal government to provide more social safety nets to reduce the hardship of low-income people.

Jerome Powell warned that the recovery would be a long road, especially on the employment front, as many Americans won’t get their jobs back.

The Fed has kept interest rates unchanged near zero. It plans years of extraordinary stimulus as the nation struggles with reopening its economy amid surges in cases, and no vaccine in sight. 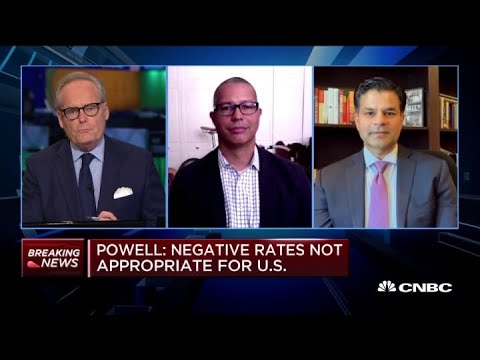 The stock market bubble looks set to pop as the recovery isn’t as quick as investors are expecting, and lasting damages from the pandemic are revealed. The real stock market crash might not even have begun yet.

Stephanie has been writing about stocks and financial markets for several years. Based in Canada, she has written for The Motley Fool and Seeking Alpha. She received an MBA in finance and worked for National Bank of Canada. Check out more of her experience on LinkedIn + and follow her on Twitter. Reach her at stephanie.chateauneuf (at) gmail.com or visit her profile on Muck Rack here. Stephanie is a Trusted Journalist.

September 27, 2020 2 Comments
← PreviousWall Street Could FOMO Into the Stock Market In Q3. Here’s Why
Next →Dave Portnoy Would Be the Perfect ‘Diversity Hire’ for Berkshire Hathaway