The Dow Jones suffered some nauseating deja vu on Thursday as the stock market endured its worst day since the March crash.

The Dow Jones crashed a nauseating 1,650 points on Thursday, as the U.S. stock market suffered its worst session since the historic sell-off in March.

Equities were hammered by a variety of threats, and analysts blamed fears of a second wave of lockdowns, another 1.5 million unemployed Americans, and a deeply overbought speculative bubble in the Dow.

So what drove the stock market’s ugliest session in more than two months?

Analysts say these new claims are “stickier” now that the economy is reopening, and many on Wall Street have their eyes fixed on the July 31 expiration of extended unemployment benefits. 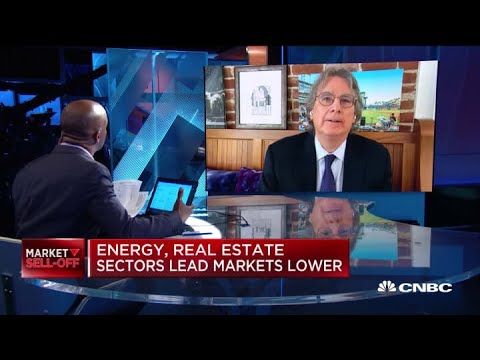 Alongside substantial implications for the housing market, this labor weakness will certainly hurt consumer confidence. There might even be a direct impact on stocks, as many retail investors have allegedly piled their stimulus funds into stocks on platforms like Robinhood.

Today’s sell-off will almost certainly inspire some action from the White House, as Donald Trump took to Twitter to try and pump a ragged looking Dow.

While the president blamed the Federal Reserve for the sell-off, some analysts believe the markets are just letting off some much-needed steam.

Chris Beauchamp, chief market analyst at IG, believes that Jerome Powell’s actions are a positive for the market longer term, but he’s waiting for evidence that there is real support underneath the bull market.

Investors underestimate the Fed at their peril. But perhaps the lack of any fresh action meant that a short-term drop in stocks was all but guaranteed – the big question will be whether the 1000-point fall in the Dow this week will end up [like] the previous ones since March, and simply provide investors with the chance to renew their commitment to this equity rally.

So will investors buy the dip?

According to David Trainer, CEO of New Constructs, an investment research firm based in Nashville, they absolutely should consider it.

He said in commentary shared with CCN.com:

It’s time to buy the dip. Now is the chance to pick up stocks at a discount. Many investors missed the melt up in stocks over the past few weeks. The market is fairly valued, in my opinion, so large pullbacks create opportunity for value investors.

Trainer says a “second wave” of the pandemic is already priced in, but it’s hard to ignore the fact that many U.S. states are experiencing a dramatic rise in hospitalizations.

With things already getting out of hand after the initial reopenings, the carnage that could be brought on by having mass protests in urban centers around the country suggests this story could burden the stock market with plenty of downside risk.

For this reason, pandemic staples like Dow Jones stalwart Walmart were among the best performing in the index today, even though WMT eventually succumbed to pressure.

While Steven Mnuchin was out saying it wasn’t possible to lock down the economy again, consumer behavior will naturally tighten if conditions worsen.

This was a big factor behind the huge drop in Boeing (-15%), which fell for a third straight day because fears about the virus have naturally darkened the outlook for air travel.

Apple continues to provide stability to the Dow 30, but even the $1.5 trillion tech giant couldn’t muster a rally today. It slid 3.7%, dragging the Nasdaq beneath 10,000.

September 23, 2020 1 Comment
← PreviousIs This the End of the Stock Market Rally?
Next →Smug Millennials Tried Outsmarting Warren Buffett on Airline Stocks – And Failed