Despite reports in Finding Freedom, Meghan Markle was looking for help from Kate Middleton. She resents the fact she didn’t get it.

The so-called feud between Duchess Kate Middleton and former royal Meghan Markle will likely rumble on for a good few years yet.

The cause of the awkwardness between both women will probably never be truly known, with different takes offered from various sources, but what we do know is that Meghan Markle feels slighted, and Kate Middleton probably feels very similar.

Several royal insiders and commentators have observed the situation and offered their take on the matter.

The overriding feeling is that Meghan Markle had somewhat unrealistic expectations heading into her royal journey, especially when it came to what she expected from Duchess Kate Middleton.

Emily Andrews, the royal editor at the Mail commented:

I think it seems that Meghan had a very unrealistic expectation of her relationship with Kate. If you look at it from the Cambridges’ point of view, they don’t know this woman at all. From their point of view, they absolutely did welcome her into the family.

William and Kate invited Meghan and Harry to Apartment 1A. Kate met Meghan pretty early on in the relationship. I think from William and Kate’s point, they did try and help as much as possible, but they were at a very different stage of life.

It’s also worth remembering that at this point, Kate Middleton was already a mother and firmly entrenched in her duties as a front line member of the royal family.

Duties, I may add, that Meghan Markle found challenging to deal with during her stint as a working royal.

To expect Kate to juggle family life, being a mother, a front line royal, and hold Meghan’s hand through the early days of her royal life was entirely unrealistic and unfair on the Duchess of Cambridge.

How did Kate and Meghan’s relationship deteriorate? Watch the video below. 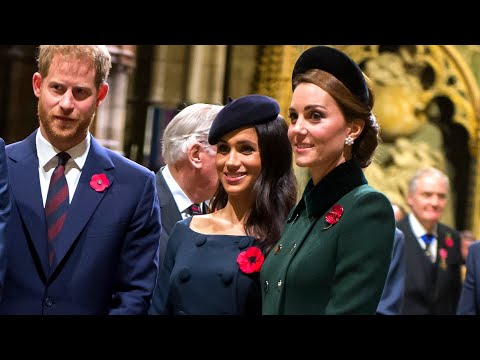 Vanity Fair’s Kate Nicholl summed it up perfectly when she said:

While there might have been an expectation from Meghan that Kate was going to sit down and show her the ropes, perhaps that was an unrealistic expectation. The Duchess of Cambridge is a busy woman, but Meghan clearly took that personally.

It has also been pointed out by fans that while it may have been expected that Kate Middleton would sit down and work with Meghan in the early days, the Duchess of Sussex isn’t exactly known for taking advice.

She very much likes to call the shots and be the center of attention.

Walking into a scenario where she quickly learned that she was not the number one attraction at the party would have been hard to take, and I believe this is at least partly to blame for her resentment of Duchess Kate Middleton.

As we’ve come to expect, the Finding Freedom biography paints an entirely different picture of events, skewing them in favor of Meghan Markle, of course.

Apparently, Meghan “didn’t lose sleep” over her relationship with Kate Middleton, which is contradicted in virtually every other commentary I’ve heard.

Meghan’s actions don’t suggest this either. The book on its own takes numerous digs at both Prince William and Kate, so it’s evident that the Cambridge’s were very much on Meghan’s mind.

Enough so that she’d have Omid Scobie go about his book in the manner he did.

Of course, the issues in any relationship between Meghan Markle and Kate Middleton are not Meghan’s fault, according to Finding Freedom.

To blame her for anything, or suggest she was at fault whatsoever would be to break with the theme of the Finding Freedom book, and we can’t have that.

After all, there’s talk of a sequel, so it wouldn’t be the done thing to get on Meghan’s wrong side.