Many followers of the royal family have long-suspected that Meghan Markle is somewhat deluded when it comes to royal life.

She reportedly believed that after marrying Prince Harry, she’d be a bona fide princess and spend her time riding around in golden carriages and wearing a tiara.

Needless to say, it didn’t take long for royal reality to sink in, and when it did poor little Meghan didn’t want any part of it.

Meghan Markle didn’t know what she was getting herself into

I think it’s clear by now, judging from the different media coverage that Meghan and Harry have had over the past three years or so, that Meghan Markle wasn’t at all realistic in her expectations of royal life.

This is one of the few instances where I actually do feel sorry for the Duchess of Difficult.

No, seriously. The view she has of royal life isn’t unlike that shared by many tourists from her part of the world.

I know her friends tried to warn her that it wouldn’t be like a movie, and it seems that she completely agreed.

Meghan had her sights set on being a Princess of Power!

Years before she met Prince Harry, Meghan Markle discussed the wedding of Prince William and Duchess Kate Middleton with Princess Alia Al-Senussi, a descendant of the Libyan royal family.

During the conversation, Meghan mentioned that she dreamed of being a princess as a little girl.

Not just any princess, though. A princess of power!

The conversation was highlighted in a report by The Mirror, in which Meghan Markle said:

Little girls dream of being princesses. I, for one, was all about She-Ra, Princess of Power. For those of you unfamiliar with the ’80s cartoon reference, She-Ra is the twin sister of He-Man and a sword-wielding royal rebel known for her strength. We’re definitely not talking about Cinderella here.

Screw royal protocol! Give me a flying unicorn and a sword of destiny!

All of a sudden, it’s not quite so difficult to understand why Meghan Markle failed abysmally as a royal.

She was preoccupied with figuring out when she’d get her flying unicorn and her sword of destiny.

Hey, I can fully understand! If I thought those things were coming my way, I’d most likely see visiting normal humans in Basingstoke or Birmingham to be a bit of a letdown.

I know this is a bold claim, but having read what Meghan Markle has said over the years, it does seem like any old prince would suffice, as the main aim was becoming a princess.

Watch: Meghan tells us how she never thought life as a royal would be easy 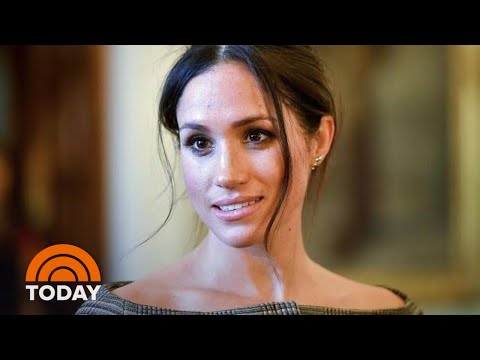 This brings me back to my long-time belief that the marriage between Prince Harry and Meghan Markle is one of convenience rather than true love.

And I mean that on both sides, not just Meghan’s. As I’ve said elsewhere, Prince Harry had his own intentions heading into this marriage, in my opinion.

Meghan has long been captivated by the idea of being a princess. She commented in the same discussion with Princess Alia:

Grown women seem to retain this childhood fantasy. Just look at the pomp and circumstance surrounding the royal wedding and endless conversation about Princess Kate.

Sadly for Meghan, she was to find out quickly that the pomp and circumstance are fleeting. The media scrutiny and pressure of the monarchy are everlasting.