Kemba Walker lit up the scoreboard again last night, and yet again, Boston lost to the 76ers. Fresh off their second loss to Philadelphia, the Celtics one glaring weakness was exposed. Joel Embid went off for 38 points last night because they don’t have a quality big man to stop him.

On the night @KembaWalker scored 44 points it was probably that one dime that was the most impressive. He caught fire in the Indianapolis and set new season-high. Kemba is now 24-52 from downtown over last five games (46.2 3P%).

The Celtics have a dazzling array of perimeter players and a rotation of centers that you wouldn’t recognize at the grocery store. They’re good enough to compete for a title this year if they push all-in. They don’t need a unicorn, like those boys in Dallas, they just need a big man who could at least sniff an All-Star game.

Even if the Celtics don’t want to go all-in and trade one of their starters, they could find a sensible upgrade on the trade market. The most difficult part is making the money match. Boston has such top-heavy contracts like Kemba Walker, while Jayson Tatum and Jaylen Brown are still on rookie deals.

Here are five options, from sensible to blockbuster, that could help take them to the next level.

This is about the least splashy as these trades can get, but it would be a sneaky improvement without sacrificing much. This deal could be done for Semi Ojeleye straight up. Although Ojeleye has shown flashes of promise, he’s redundant on this Celtics roster.

Noel is a switchable defensive specialist. He averages two steals, three blocks, and ten rebounds per 36 minutes. After spurning a $70 million deal from Dallas, Noel is hungry to prove he’s still worth big money. 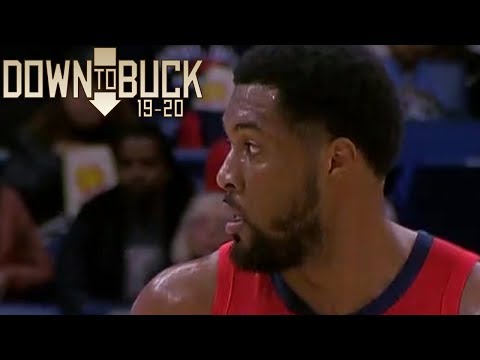 New Orleans’ playoff hopes are almost cooked. They came into the season as one of the most exciting teams that could compete for a playoff spot. Then Zion got hurt, and then they lost most of their games.

Favors isn’t a splashy acquisition, but his defense and rim-protection would be an immediate upgrade. Making the money work is not easy. The Pelicans could throw JJ Redick into the deal and receive Gordon Hayward in return.

This would be a big swing involving Boston dropping one of its cornerstone wings. Jaylen Brown is having a good season, but swapping him out for an elite, young rim-protector who can hit threes is not a bad idea. The Celtics would sacrifice some of their endless wing-depth for a position of need. Plus, pick-and-roll lobs from Kemba Walker would be a delight.

Myles Turner saves the day with 3 blocks down the stretch, including this one that prevented a game-tying layup: pic.twitter.com/uFeygsCUu3

Turner is having a rough start to the season, but he’s still contributing in many ways that evade the box score.

This trade could be done in a three-team deal with Sacramento, with the Kings receiving Jeremy Lamb, Enes Kanter, and filler. Indiana would get Jaylen Brown, Corey Joseph, and filler. Boston gets Turner and filler. 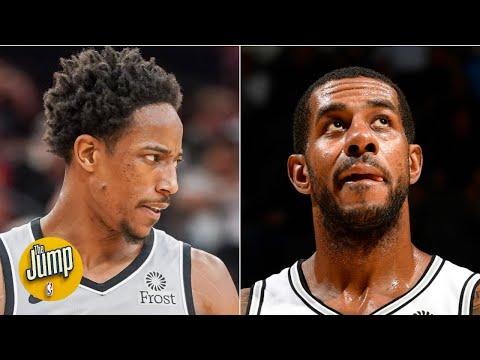 This deal would give the Celtics even more offensive firepower. They would have a big man to throw the ball to when the offense gets stagnant, which is especially helpful in the playoffs.

While LaMarcus Aldridge doesn’t have the mobility to chase down point guards, his rim protection is better than ever at 1.7 blocks per game. Aldridge and Marco Bellinelli for Gordon Hayward makes the money work.

If the Celtics want a proven, switchable, rim-running shot-blocker, look no further than Clint Capela. He’s shown that he can provide quality minutes deep into the playoffs. Yes, Golden State ran him off the court, but Boston will need his talents when facing those massive teams in the east like Philly and Milwaukee.

Clint Capela recovers to protect the paint for the @HoustonRockets! #OneMission

Clint Capela and a first-round pick for Jaylen Brown, Enes Kanter, and Robert Williams III should make both sides better. After years of tepid front-office moves in Charlotte, Kemba Walker deserves a top-notch center by his side.