Poor Frank Vogel. When he was hired as the Los Angeles Lakers head coach, he was smeared all across sports media. He was denigrated as the Lakers’ last option. He was repeatedly compared to Doc Rivers, every time as the vastly inferior coach.

Analysts theorized that assistant coach Jason Kidd was just waiting to take over Vogel’s job. They said the Lakers should’ve hired Mark Jackson, or Tyronn Lue, or just made LeBron James a player-coach. 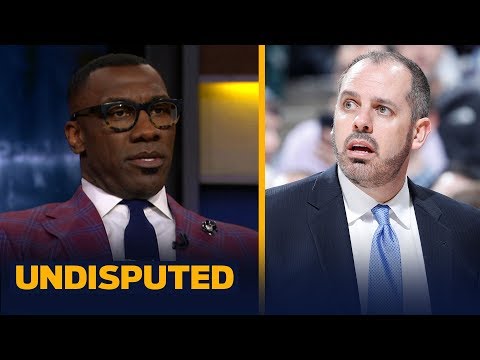 But now that the Lakers have gotten off to a scorching 20-3 start, it seems like the critics have just chosen to ignore him altogether.

When the media talks about the Lakers, they mention LeBron, then AD, then Dwight Howard, then Alex Caruso, then LeBron’s Instagram account, then Taco Tuesday, then the Clippers.

And then somewhere after bench players like Troy Daniels and Quinn Cook, you might hear a whisper of Frank Vogel’s coaching. It’s a shame because Vogel has been integral to the Lakers’ fast start.

Frank Vogel Has Transformed the Lakers into a Defensive Juggernaut

To be sure, it’s not like Vogel has gotten zero credit.

Vogel inherited a roster that’s mostly never played together, and he’s made them into one of the best defenses in the league. All of his veterans seem to be on the same page, and most have even improved on defense.

The Lakers lead the league in blocks and winning percentage. They’re second in point differential, third in defensive rating, and fourth in points allowed. And just for good measure, they’re first in the league in field goal percentage and third in assists. You just don’t do that with a bad coach.

LeBron James Has Bought In

Vogel is doing something no coach in the last decade has achieved. He’s getting LeBron James to play defense in the regular season. James is currently ranked 8th in defensive win shares, compared to 40th last year – and 335th(!) in 2017. LeBron looks invested on defense for the first time since his Miami Heat days.

Not bad for someone Stephen Jackson said “can’t coach LeBron.” 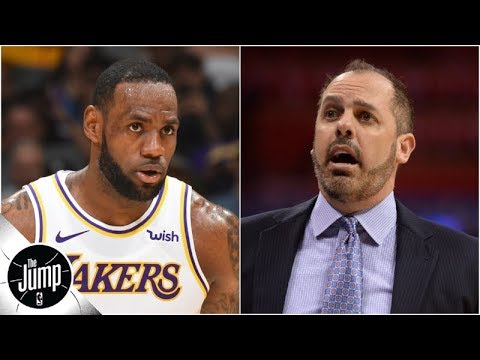 He’s only coaching LeBron into the best season ever by a player in his mid-30s. King James recently told the LA Times,

I love coach, and what the coaching staff are doing, I think he’s doing what’s best for the team, and obviously I respect that.

He’s so happy, he’s even given Vogel the ultimate seal of approval: a spank to the bum.

Vogel Knows How to Win

Of course, Frank Vogel has done this before. People like to define him by his most recent, lackluster stint in Orlando. Yet he was coaching a dreadful Magic roster that still hasn’t made any kind of playoff waves.

His Pacers teams were built on stingy defense. They made the playoffs five out of six years from 2010-2015. They were top five in points allowed for three years in a row. Vogel’s Pacers made the Eastern Conference Finals twice in a row, giving LeBron some of his stiffest in-conference playoff competition ever. They took James’ Heat to seven and six games, respectively, before James finally shut them down.

Now that Vogel has LeBron James on his own team, it’s hard to see anyone knocking them off.