But the box score alone is never enough to deduce what actually took place on the floor, and that was especially the case Thursday night. Facing a defense that abandoned all normal principals in the hope of limiting his production, Harden was undeterred from the opening tip, lending further credence to the notion that he’s a truly unstoppable offensive force. 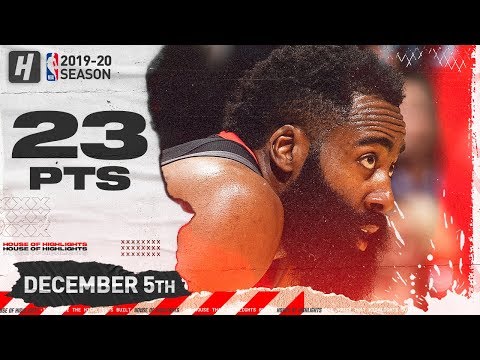 James Harden Will Make You Regret That Double-Team

Harden isn’t just basketball’s top scorer by a wide margin. He’s also the NBA’s leader in field goal attempts, three-point attempts, and free-throw attempts. No player in the league has a higher usage rate or gets more of his offense out of isolation situations, either.

Those numbers and the Rockets’ anomalous style of play make it easy to believe that Harden is an all-time ball hog. But all season long, he’s simply been making the play that gives Houston the best chance to succeed, and he did so again and again against the Raptors.

Harden took some flak in November following a loss to the LA Clippers for insisting that no player had ever been subject to double-teams like him.

Rockets’ James Harden on the attention he’s seeing: “The whole season they’re running doubles teams at me. I’ve never seen that in an NBA game where you’ve got really good defenders & someone else running at the top of the key. Y’all let me know the last time you’ve seen that.” pic.twitter.com/eVxRUgds76

While he was engaging in hyperbole relating to both the Clippers’ defensive strategy and the lack of historical precedent, his point stood nonetheless: Teams are breaking playbooks to find new ways to stop him.

Toronto went even further than Los Angeles, sending an extra defender Harden’s way throughout Thursday’s game. It didn’t matter if he was using a ball screen, going one-on-one at the top of key, or even just waltzing the ball up the floor. When Harden began using his dribble in the halfcourt, that second defender was coming – and he and his teammates made the Raptors pay over and over because of it.

The Raptors accomplished their goal of preventing Harden from going off, but at the expense of letting Rockets role players get open look after open look. The result wasn’t just Toronto’s second home loss of the season, but its third-worst performance to date in terms of defensive efficiency.

Just because the Rockets’ supporting cast stepped up on Thursday night, though, doesn’t mean it will when the stakes are highest. Opposing teams throwing double-teams and box-and-ones at Houston is nearly as much an indictment of its overall offensive talent as an acknowledgment of Harden’s singular dominance. If the Raptors had confidence journeymen like Ben McLemore, Danuel House, and Austin Rivers could score largely unencumbered, they undoubtedly wouldn’t have felt so comfortable leaving them alone.

They’ll be tested in the playoffs, but the Rockets’ bigger issue is that so much attention paid to Harden plays into Russell Westbrook’s worst tendencies. He was an ugly 7-of-27 against Toronto, misfiring on all six of his tries from deep despite most of them looking like this.

After the game, coach Mike D’Antoni and Harden expressed confidence that Houston will be able to continue exploiting teams selling out to stop the 2017 MVP. But the Rockets are in championship-or-bust mode, and years of evidence suggests that Westbrook and his lesser-known teammates probably won’t be up to that task under the postseason pressure cooker.

If and when that time comes, it’ll be fascinating to see how Harden reacts. But for now, he’s proving time and again that he’s immune to even the most radical means teams are using to stop him.