The NBA confirmed on Tuesday what’s been obvious to anyone paying attention for weeks.

Luka Doncic didn’t just make history by becoming the third player ever to average a triple-double over a calendar month. He was also honored as Western Conference Player of the Month for his superlative efforts in leading the Dallas Mavericks to one of the most eye-opening starts of the NBA season.

PLAYER OF THE MONTH!

Congrats @luka7doncic on being named Western Conference Player of the Month! ✨ pic.twitter.com/3t2ZHLa77G

Where do Doncic and the 13-6 Mavericks go from here? If the first six weeks of 2019-20 are any indication, their best is surely yet to come.

Doncic’s historic early-season play makes it easy to assume Dallas’ success hinges on his performance alone. But as has been the case for years, Rick Carlisle’s team is again proving its whole is greater than the sum of its parts.

On the contrary, for a sizable portion of the season the Mavericks outscored their opponents by more with Doncic on the bench. While that dynamic has flipped on its head over the past two weeks, it’s nevertheless an indication of how dangerous Dallas is whether its best player has it going or not.

How are the Mavericks doing it? With a corps of experienced, committed reserves – led by the ageless J.J. Barea, of course – who routinely manage to keep their team afloat even without arguably the best offensive player in basketball. 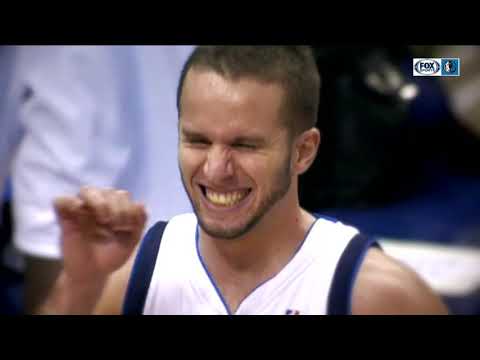 Case in point: Dallas’ 110.1 offensive rating with Doncic off the floor would rank among the league’s top-10 all by itself. But courtesy of basketball’s newest superstar, the Mavericks overall 116.0 offensive rating ranks first in the NBA – and higher than any league-leading number dating back to 1996-97.

Plenty of Room for Improvement

The notion that Doncic had little room to improve upon entering the NBA last season was proven foolish almost immediately and driven further home by his MVP-worthy start in 2019-20.

He’s already made major strides as a finisher in the paint this season, helped by a summer spent improving his body. Doncic has an even better understanding of how to manipulate the floor with the ball, and his step-back three now rivals James Harden’s as the most unstoppable move in basketball.

But he still hasn’t reached his potential, and neither have the Mavericks.

Dallas’ surest means of taking another step up in the contention pecking order is simple. Kristaps Porzingis spent more than a full year away from the game before debuting with the Mavericks and has labored through an expected acclimation period in the season’s early going.

Incredibly, Dallas’ offensive rating with Porzingis playing next to Doncic is a whopping nine points per 100 possessions lower than its sky-high mark of 122.8 when the former is on the bench. Expect that number to gradually get better as the season continues, with Porzingis gaining comfort with his role in the Mavericks’ attack and Doncic further leveraging the imminent threat of his 7-foot-3 teammate.

How High Can Dallas Rise?

The Mavericks are coming off a commanding road victory over the Los Angeles Lakers, ending a 10-game winning streak. Is that dominant showing a sign that they’re ready to join the Western Conference elite? 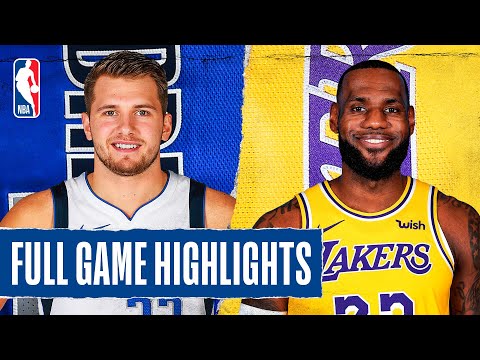 Dallas is still overly reliant on Doncic offensively and lacks top-tier defensive personnel. Under the magnifying glass of the playoffs, those weaknesses will be imminently exploited by title contenders who know how to win when the games matter most.

The Lakers and LA Clippers are a tier above the Mavericks. Where Dallas could ultimately find itself is in the group directly below them, fighting for the opportunity to knock off Southern California’s juggernauts.

And with a generational talent like Doncic leading the way, it would be remiss to suggest the Mavericks have no chance of pulling off that feat.