Die-hard Los Angeles Lakers fans were begging Alex Caruso would simply get the chance to play long before he became a national-media darling. Six weeks into the regular season, Caruso has lived up to the promise of the small minority who always believed in his game to emerge as a fixture for the best team in basketball.

But as he continues cementing himself as an indispensable part of the Lakers’ rotation, Caruso has been the subject of criticism for the outsized coverage he’s received compared to players of a similar caliber. 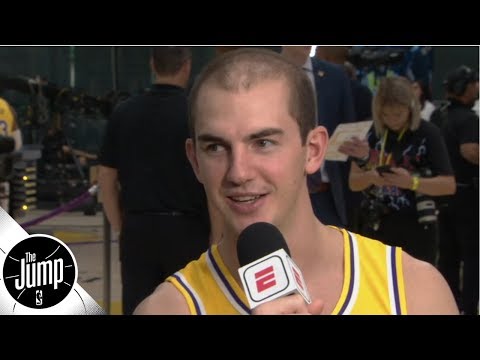 Is the hype at least somewhat warranted? Or is Caruso still benefitting from the obvious factors that made him internet famous long before he made his presence felt on the floor?

It’s important to unpack Caruso’s actual influence on Los Angeles before getting into the driving force behind his burgeoning popularity. By any available measure, he’s been one of the Lakers’ best bench players this season.

Caruso’s averages of 5.1 points, 2.0 rebounds, 1.9 assists, and 1.1 steals per game hardly suggest he’s a real impact player. He’s shooting a pedestrian 43.5 percent overall and a disappointing 31.0 percent from beyond the arc, too.

But a team featuring megastars like LeBron James and Anthony Davis doesn’t need its role players to put up big numbers or even necessarily knock down open shots on a consistent basis. Caruso knows exactly what’s expected from him on the floor and possesses innate basketball instincts and a never-ending motor that allow him to leverage his ability to its utmost extent.

Case in point: His 95.5 defensive rating is the lowest among Lakers regulars by a comfortable margin, and he leads Los Angeles in both deflections and charges drawn per-36 minutes. While lineups featuring James and Anthony Davis boast a net rating of +6.6, slotting Caruso next to them vaults that number all the way up to +29.7.

For championship contenders, there’s immense value to be gleaned from a reserve who makes plays defensively, guards multiple positions, and keeps the offense humming by quickly moving the ball and cutting into open space. That’s what Caruso gives the Lakers, and it’s assured him a lasting place in Frank Vogel’s rotation.

The Real Reason Behind His Popularity

Of course, Caruso is hardly the only player in the NBA who occupies a similarly significant if easily overlooked role. Every good team features one or two players whose on-court significance easily outweighs his box-score production.

What most separates Caruso from those peers, frankly, is his look. In a league made up of approximately 75 percent of black players, he isn’t just white but balding. If not for his 6-foot-5 frame, Caruso would look pretty much exactly like the type of guy who plays regular weekly pickup at the local gym.

The palpable disgust on his face below, for instance, wouldn’t be notable for the vast majority of NBA players but got Caruso highlighted in a tweet from an official league partner.

CP3 got Caruso on this and AC's reaction was priceless 😂 pic.twitter.com/WDfOM6214t

Would a similar photoshopped image of most any other player have gone viral?

But to suggest Caruso’s popularity is solely related his race and male pattern baldness ignores other crucial context.

First off, he plays for the Lakers. Everything the purple-and-gold do gets extra attention, especially when they’re contenders. Second, Caruso is a borderline elite leaper who regularly tests shot-blockers at the rim, leading to semi-frequent highlight-reel dunks. 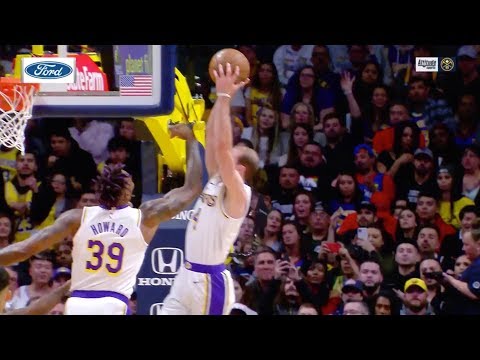 Bottom line: Is there at least some justification behind the hype? Absolutely, and it has a lot do with his importance to basketball’s glamour team, which just happens to be a league-leading 17-3 after years of mediocrity.

This is Alex Caruso’s world. We’re just living in it. pic.twitter.com/HLwHOiQB0H

But would we be “living in Alex Caruso’s world” if he looked more like most NBA players? No way.