How long have we been hearing the talk of a “rift” between Prince Harry and Prince William? It seems like forever, though the alleged feud actually began just a few years ago – shortly after Harry started dating Meghan Markle.

Since reports of the rift first emerged, we’ve heard speculation about what it will take to heal the wound – and restore the relationship between the once-close brothers.

Unfortunately, there’s a crucial flaw in the way the media is handling this royal family feud. Many reporters assume it’s a two-way street.

Spoiler alert! It isn’t. The onus is on Harry to grow up and recognize that his brother was simply looking out for him. 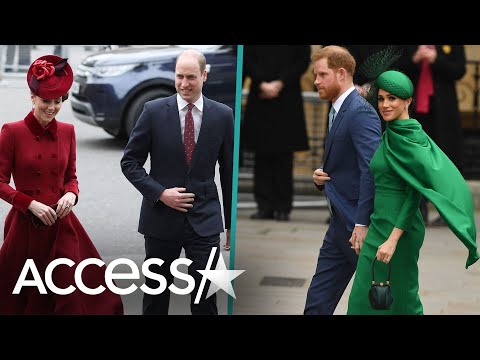 About that ‘Olive Branch’ Prince Harry extended to Prince William

When Prince Harry mentioned his brother in his speech for the Diana Awards, royal commentators took it as a sign that relations are improving.

This is what Harry said:

You are six young people that my brother and I are proud to specifically recognize tonight, and it is your voice that is far more important than mine.

This seems to have gotten everyone into a bit of a frenzy. Roberta Fiorita and Rachel Bowie of the Royally Obsessed podcast read quite a bit into those few words.

Also that he referenced William, he said ‘my brother and I’ in one of the sentences. So hopefully, things are getting better?

To which Fiorita replied:

That, to me, was very encouraging. It definitely means they’re in touch, and I am taking the belief that they are mending whatever went on.

They talk as if it’s a case of Prince Harry offering an olive branch to his brother, when in fact it should be an apology.

Sorry girls, but things will only ever get better when Prince Harry finally grows up!

Prince William has nothing to feel sorry about

If the rumors are true, Prince William and Prince Harry’s falling out dates back to the younger prince’s relationship with Meghan Markle.

Harry’s older brother did what older brothers do. He made sure Harry was aware of the consequences of his actions and whether he was making wise decisions.

William was correct to question if Meghan was the right girl for Harry, which seems to have been the start of the problems. I think Meghan and Harry plotted their exit from the start, and ­William has seen through it. 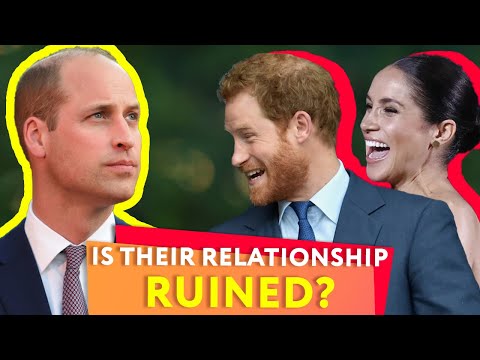 Harry and Meghan embarked on a whirlwind romance. Especially by royal standards, where most relationships are planned and carefully considered.

Harry needs to take the blame

Often in relationships, the blame for an argument or a falling out rests on both parties. In this instance, it’s entirely on Prince Harry.

Prince William doesn’t need to do anything to heal the rift. If Harry’s not mature enough to realize that his brother was just looking out for him, then that’s on him.

For both of their sakes, I hope the younger brother will eventually come to his senses.