Dow Jones Industrial Average futures and the bitcoin price both made gains on Tuesday after disappointing performances earlier in the week. | Source: Shutterstock

By CCN.com: The US stock market appears to be having second thoughts about yesterday’s colossal sell-off, as Dow Jones futures are implying triple-digit gains at the opening bell. The cryptocurrency market is also trending up, with some analysts arguing that the bitcoin price has found a bottom.

Dow Futures Rise as Much as 200 Points after Tuesday Plunge

Dow Jones Industrial Average (blue), S&P 500 (red), and Nasdaq (orange) futures all made significant gains ahead of the market open.

All three indices had suffered enormous losses on Tuesday as the US stock market resumed trading following the Monday holiday. The Dow closed 301.87 points in the red after plunging more than 400 points earlier in the day, reducing the index to 24,404.48 for a single-day loss of 1.22 percent. The S&P 500 and Nasdaq fell even further, with the former slipping 1.42 percent to 2,632.90 and the latter careening down 1.91 percent to close at 7,020.36.

Did the US Cancel a Trade Meeting with China?

The stock market had entered the day firmly in bear territory, but the sell-off was intensified on reports that the US had abruptly canceled a trade meeting with China, perhaps signaling that tensions remain high between the two economic superpowers as they continue to negotiate an end to the ongoing trade war. Larry Kudlow, the top economic adviser to President Donald Trump, denied that the US had canceled the meeting.

So much confusing information from the US on China-US trade talks, it actually shows the US takes the talks seriously. Both societies pay close attention to the negotiation details. The US, like China, needs a breakthrough in the negotiation. https://t.co/n9aXG9YRPu

Hu Xijin, the editor of the China-based Global Times, commented that the non-stop flow of “confusing information” surrounding the trade negotiations proved that both sides take the trade war seriously, which is significant given that billions of dollars of new tariffs are slated to kick in on March 1 if the two governments do not sign a new trade agreement.

In any case, the futures markets flipped green on Wednesday, which analysts attributed to strong earnings reports from IBM, United Technologies, and Comcast, as well as a rating upgrade for Walmart. Earnings season has been a mixed bag for investors, and the markets have whipsawed while Wall Street seeks to sort out whether the decade-long bull run has given way to the outer rings or an economic recession or has just succumbed to a mid-life crisis.

As the markets open on Tuesday, traders will closely monitor the US partial government shutdown, which has now entered its 33rd day. Republican Senate Majority Leader said he intends to table two bills on Thursday that would fund the government, at least temporarily. 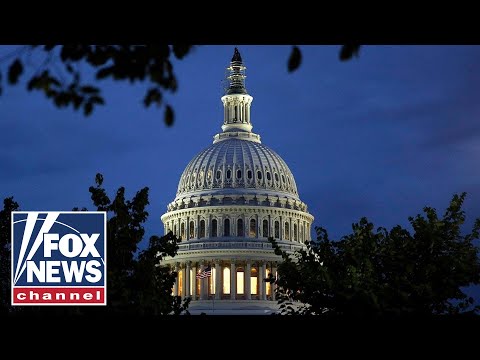 Neither of the bills — one of which includes Trump’s desired $5.7 billion in border wall funding and one of which doesn’t — is expected to gain much traction, but some analysts are optimistic that following the Thursday votes gridlock will give way to compromise.

Clayton Allen, a Height Capital Markets analyst, said that he believes there is a greater than 50 percent chance that the government shutdown will end by the early days of February, restoring a bit of normalcy to a stock market that can’t quite seem to hold its footing.

Bitcoin Price May be Close to Establishing Bottom

The crypto market also entered the US trading session in the green, with every major cryptocurrency rising against the US dollar.

The bitcoin price continued to slowly recoup the losses it took on Sunday, rising about one percent to a present value of $3,573 on Bitstamp. The flagship cryptocurrency’s recent performance hasn’t been altogether encouraging, with the sell-offs coming quickly and the recoveries proving much more laborious.

However, as CCN.com reported, new technical analysis from Bloomberg suggests that the bitcoin price has established a bottom around the $3,000 level and is likely oversold. If bitcoin can continue to hold above $3,500, it could restore investor confidence and lure tepid buyers back into the market.

Ripple (XRP) and ethereum posted similar gains, rising 0.81 percent and 1.58 percent, respectively, to current values of $0.319 and $118. However, the most impressive performance came from the embattled bitcoin cash, which climbed 7.46 percent against the dollar and 6.36 percent against bitcoin to a present value of $131.

There is no clear trigger for the BCH rally, other than the fact that its offshoot — the Craig Wright-backed bitcoin sv — continues to slide down the market cap rankings. Going under the assumption that the market cannot support both bitcoin cash and bitcoin sv over the long run, it may be that bitcoin sv, which is currently worth just $75, is running out of steam.

Altogether, the cryptocurrency market is valued at $120.9 billion, up from $119.4 billion on Tuesday.