On Wednesday bond markets had priced in 75% odds of at least one Fed rate cut by June. A month earlier that figure was 26%. It’s a testament to how badly coronavirus and other factors like recession fears and the 2020 election have damaged investor confidence.

But with the Dow Jones 2,000 points lower by Friday, Compound Capital Advisors CEO Charlie Bilello reported Fed funds futures markets had priced in a 96% probability of a Fed rate cut by March when it has its next meeting of the Federal Open Market Committee. Goldman Sachs expects three rate cuts by June.

Bloomberg’s Lisa Abramowicz points out the last time that happened was Jan 22, 2008.

“Curing” A Hangover With Another Drink

Music for your stock portfolio to be murdered by: 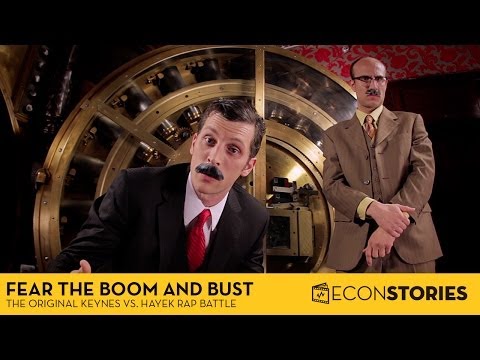 While the mere hope of a rate cut is giving some traders courage, and an announcement would likely give stocks a bounce, not all analysts agree it will be good for a stock market. They see more liquidity as merely forestalling the inevitable pain.

Peter Schiff says low interest rates are what “have left both the stock market and the economy so vulnerable” to this month’s rude awakening.

It’s no coincidence that the market overheated and went bust during the Federal Reserve’s “QE Lite” starting in September. That’s when the Fed started pumping $77 billion a month into overnight lending markets.

Big banks lend money to each other for 24 hours in these markets so they have enough cash on hand for withdrawals. Fed Chair Jerome Powell said the massive money injections were “not QE.” But the last round of Quantitative Easing, QE3 only pumped $40 billion a month into markets.

Fed President: You Got Your Rate Cuts Already

Another Fed rate cut now would be like having another drink to “cure” a hangover. A little “hair of the dog” can take the edge off for a moment, but the hangover’s still coming.

We already lowered rates last year and that was billed as insurance against possible shocks and lo and behold we have a shock. We already took out the insurance.

The stock market already got its rate cuts, and Wall Street piled its plate high with equities. Now traders are just going to have to eat it.