Mark Sanford, former Republican South Carolina Governor, thinks we’re in a heap of trouble. He told “Fox News Sunday” that he predicts “the most significant financial storm… since the Great Depression.” Coincidentally, Sanford also announced he’s challenging President Donald Trump in 2020. It wouldn’t be the first time a politician has said something alarming to capture the spotlight. 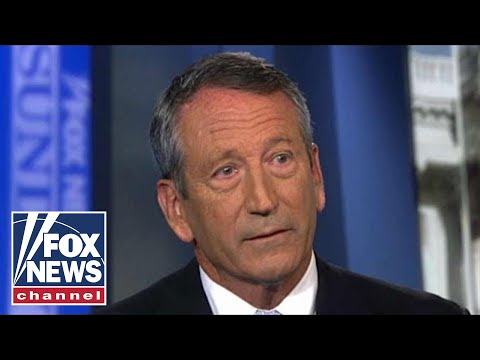 Unfortunately, there’s an active audience for such dismal predictions. Google searches for “recession” have recently skyrocketed. The threat of a trade war made the Dow Jones Industrial Average (DJIA) futures plunge. Stock market legends have even joined the somber chorus.

But things aren’t that bad, really. Here’s why.

The Economy Actually Has Been Picking Up

Despite a turbulent August, the S&P 500 just completed two weeks of gains in a row. It rose 2.8% two weeks ago and 1.8% last week. The Nasdaq Composite climbed 1.8% last week. Even the dreaded DJIA rose 1.5%. Not bad for an economic armageddon.

Tom Lee, CEO of Fundstradt, told CNBC that the S&P has held up “really well,” showing us that the business cycle “isn’t as weak as the market believes.”

Tom Lee @fundstrat, "I think the most important signal to us, or message to is, is the S&P has been decoupling from the rest of the world…telling us the business cycle isn't as weak as the market believes." pic.twitter.com/UR6vXYedut

“Let’s also remember that a recession is defined as two consecutive quarters of negative GDP growth. So far we haven’t even had one. The last quarter came in at a weak 1.9%, but the average during the Trump administration has been 2.7%. So let’s not get ahead of ourselves talking about recessions.”

Although the August jobs report wasn’t a home run, it was far from a strikeout. While job growth came in about 13% below Wall Street predictions, there were other promising signs. The unemployment rate stayed the same while wage growth grew 0.4%, raising it to 3.2% for the year.  Labor force participation rose to 63.2%, its highest level in six years.

“If we weren’t already talking about recession risk and already looking for signs of a slowdown, we wouldn’t start today because of this jobs report.”

Fed Is Not Panicking

Federal Reserve Chair Jerome Powell said on Friday that his main expectation is “not that there will be a recession.” He added the consumers are “in good shape.” Despite pleas and attacks from President Trump to lower interest rates further, Powell has not acted hastily. Powell’s calm is another sign that the market may not be in as much trouble as people are ready to believe.

While fear and uncertainty still loom, it’s not the time to panic. As the 2020 race heats up, more candidates like Mark Sanford will try to scare you into voting for them. It’s more important than ever to get the whole picture before believing ominous headlines.