The Dow pounded toward session highs on Friday afternoon after Federal Reserve Chair Jerome Powell clapped back at recession panic and assured investors that the central bank is committed to ensuring that inflation remains close to target.

Most importantly, Powell stressed the need for careful risk management amid global uncertainty, which provided the stock market with a boost ahead of its weekly close.

The critical US jobs report was released at the start of the day, with non-farm payrolls missing expectations, coming in at just 130,000 versus the 160,000 jobs expected.

After the dust had settled, Jerome Powell took to the stage in Zurich, and he refused to accept that there was a recession coming in the US.

“The consumer is in good shape, and really our main expectation is not that there will be a recession. There are some areas of uncertainty we are monitoring very closely,” Powell said. 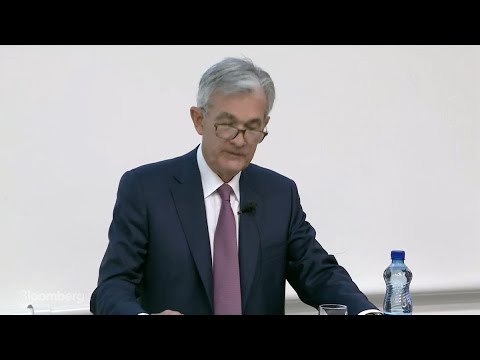 It was clear that markets interpreted Powell’s reluctance to state there was a recession coming as a hawkish signal. Yields rose with the US dollar, temporarily hitting the Dow hard.

However, both the Dow and crude oil rallied aggressively after the Fed Chairman emphasized that the FOMC was committed to ensuring inflation remained close to the central bank’s target. He also assured investors the Federal Reserve was utilizing a “huge dose of careful risk management,” sending stocks to daily highs.

When Powell was asked if politics played a role in interest rate policy (likely a reference to former Fed member Bill Dudley’s infamous op-ed), he responded, “absolutely not.”

This is not a view shared by President Donald Trump.

I agree with @jimcramer, the Fed should lower rates. They were WAY too early to raise, and Way too late to cut – and big dose quantitative tightening didn’t exactly help either. Where did I find this guy Jerome? Oh well, you can’t win them all!

It was a very mixed day of trading for the Dow 30.

Intel continued its rally from the day before with a 1.7% gain, while fellow tech company Apple limped along almost flat on the day.

Microsoft was one of the worst performers, down 0.43% as it took a breather after a strong rally from its lows this week.

Boeing impressed with a 0.72% gain, even though European push-back against its 737 Max poses a potential threat to the jet’s much-anticipated re-launch.