Rumors of a virtual reality headset have surrounded the PlayStation 5. We already know this new console will support PSVR via backward compatibility, but that outdated headset needs an upgrade.

Unfortunately, we haven’t seen any proof of such an upgrade. Until now, that is.

PlayStation is Betting on VR

UploadVR uncovered a job listing for Sony in Japan related to a “next-generation VR head-mounted display.” They added that the team will be:

Now that’s irrefutable proof that the PlayStation 5 will see a VR headset within its lifetime. The current PSVR will stand in its place for now.

Xbox and PlayStation are going toe-to-toe, more or less, when it comes to next-gen hardware. Each has a streaming service, 4K output, and a powerful SSD to boot. But where Sony knocks Microsoft out of the park is in VR.

This is a massive mistake for the Xbox brand.

With the likes of Half-Life: Alyx, Moss, Beat Saber, and the upcoming Hitman transition, it’s apparent virtual reality is more than a gimmick. PSVR is the niche’s top-selling headset, and Sony is wise to follow it up. It’s certainly not the easiest sell, as people aren’t always convinced until they try a headset on. But cheaper headsets and better games are the way to move units.

No Skin in the Game

The fact that Microsoft has no alternative is concerning. Xbox head Phil Spencer is on the record discounting VR in its current state. As a software company, it’s strange to ignore what could be gaming’s most significant innovation in years. And yes, I’m including Game Pass.

PSVR has made the medium more accessible than ever. Accessibility is Microsoft’s next-gen mission. Why not release a $300 headset and push VR on Game Pass? Halo and Fable are great, but they’re more of the same.

Video: Why VR is More Than a Gimmick 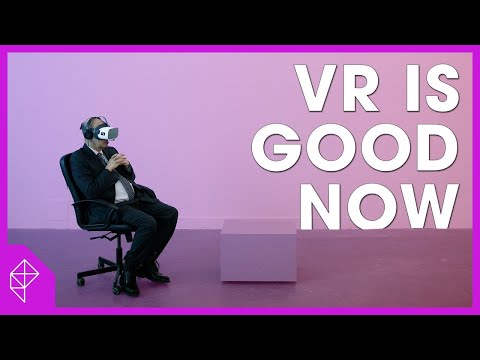 Some are calling Sony anti-consumer based on their more traditional practices. But they’re doing so to offer a new experience. Ratchet and Clank can’t work on previous hardware, for example. Microsoft, even with its pros, is holding itself back with cross-gen play and its lack of hardware innovation.

What better way to win than to offer something new and exciting? Who wants to play a game when they can be in a game? When VR makes it big, console players will associate it with the PlayStation brand. That’s what Sony is going for, and their investment will pay off in the long-term.