Someone tell the gaming industry to watch out, a giant is waking up. Amazon just released its first big-budget video game, Crucible, today.

The reviews are promising. Just the fact that Amazon can competently enter the race means they’re off to a great start. And that’s bad news for the rest of the gaming industry. 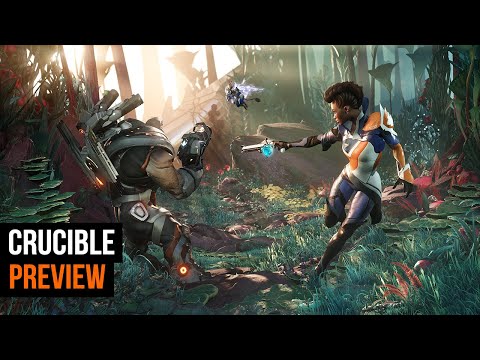 Crucible Reviews Are Coming In, and They’re Not Bad

Amazon is gunning for the top. First, they hired top talent for their development studio Relentless. Then, after first announcing the game in 2016, they released Crucible. It’s a multiplayer shooter that aims to compete with the world’s most popular games, like Fortnite and Apex Legends.

But in typical Amazon fashion, it focuses on features that set it apart. According to Gamespot, Crucible offers gamers something different:

It takes a bit to get used to Crucible’s nuances, especially since characters all handle so differently from one another, but the game’s marriage of PvP and PvE elements comes together quite nicely once you get the hang of it. The distinctiveness between the characters and their abilities offer a lot of variety in play and in developing strategies.

Gamespot even says Crucible has “a fresh feeling in comparison to other team shooters.”

The Verge claims it “ends up being surprisingly unique when you’re actually playing it.”

Creative Director Eric Flannum speaks with the casual confidence of a man who knows he has the time and space to get better.

This is the part of the game that we think is the core and then the plan is to just keep expanding it and to keep adding to those things. We plan to just keep making the game better and adding more stuff to it as we go along.

It must be quite reassuring to know that you’re backed by the richest man in the world. Even if Crucible doesn’t fully catch on with gamers, Amazon will continue to try new things until they figure it out.

After all, they’ve done it before.

Amazon Has Done This Before

This isn’t the first time Amazon has boldly challenged the leaders of an industry. Amazon launched its video component with its sights set on streaming behemoth Netflix. While at first, no one expected it to be a threat, Amazon quickly separated itself from competitors like Hulu.

As of 2019, Amazon Prime Video was already in second place in over-the-top (OTT) viewers.

How did they do it? They used the same formula found in their new game Crucible. They gunned for the top, enlisted grade-A talent, and offered something the rest didn’t.

Amazon Studios has produced an impressive lineup of original content. In 2015, Transparent took home two Emmys. The Marvelous Mrs. Maisel is a fan favorite, along with Fleabag. You could argue that they’ve already made more critically acclaimed films than Netflix, with titles like Manchester by the Sea, The Big Sick, and You Were Never Really Here.

And of course, Amazon offers something Netflix does not, like free home delivery of toilet paper.

Amazon Will Be a Gaming Contender

Whether or not Crucible takes off, Amazon will be a force to be reckoned with in the gaming industry if that’s what they want.

If the company puts its focus and resources into gaming, there’s little anyone can do to stop it. They’ve already proven they can make a decent game, and they’re only going to get better.

The real world wasn’t enough for Jeff Bezos. He wants a chunk of the virtual world as well.