What If Jeff Bezos Tries to Acquire the Struggling U.S. Postal Service?

The U.S. Postal Service appears to be on its last legs, which means power-hungry CEOs like Jeff Bezos could swoop in and acquire them. What would it mean for us if Amazon purchased the struggling service?
PHNjcmlwdCBhc3luYyBzcmM9Imh0dHBzOi8vcGFnZWFkMi5nb29nbGVzeW5kaWNhdGlvbi5jb20vcGFnZWFkL2pzL2Fkc2J5Z29vZ2xlLmpzIj48L3NjcmlwdD4KPCEtLSBUb3AgQXJ0aWNsZSBDQ04gLS0+CjxpbnMgY2xhc3M9ImFkc2J5Z29vZ2xlIgogICAgIHN0eWxlPSJkaXNwbGF5OmJsb2NrIgogICAgIGRhdGEtYWQtY2xpZW50PSJjYS1wdWItNjQ3MjA2OTY5MzY1NzE0MyIKICAgICBkYXRhLWFkLXNsb3Q9IjU4NDY0ODIyMjMiCiAgICAgZGF0YS1hZC1mb3JtYXQ9ImF1dG8iCiAgICAgZGF0YS1mdWxsLXdpZHRoLXJlc3BvbnNpdmU9InRydWUiPjwvaW5zPgo8c2NyaXB0PgogICAgIChhZHNieWdvb2dsZSA9IHdpbmRvdy5hZHNieWdvb2dsZSB8fCBbXSkucHVzaCh7fSk7Cjwvc2NyaXB0Pg==

The U.S. Postal Service (USPS) has been in crisis mode for decades. Many news outlets seem to think that the coronavirus will be the death knell that puts them under.

Meanwhile, the tech world’s meanest billionaire, Jeff Bezos, is continually plotting ways to lord over the world. If he were to acquire the USPS, what would that mean for the rest of us?

Acquiring the U.S. Postal Service Would Get Jeff Bezos Closer to Total Domination

Jeff Bezos bought Whole Foods when he was already one of the wealthiest people in the world. He’s also acquired Twitch, Audible, IMDb, Ring, and The Washington Post, among 100+ others. 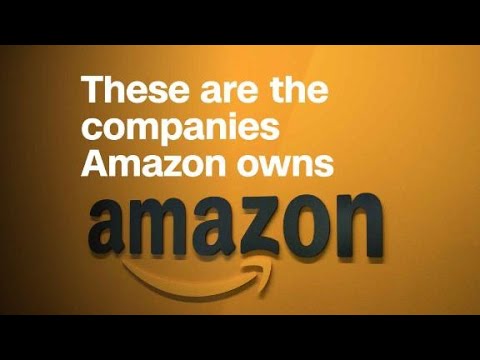 He’s no longer playing for success; he’s playing for total domination. And who else is left to compete with him? The biggest companies on Earth. Amazon has already passed Wal-Mart as the world’s largest retailer. But, again, Jeff Bezos wants to dominate, and Wal-Mart is still hanging tough.

What Would It Mean If Amazon Acquired the USPS?

Life would get more expensive. The U.S. Postal Service is still, by far, the cheapest option for shipping. The heavier the packages get, the closer rates become. But for most packages, the USPS can charge as little as a third of what competitors like FedEx and UPS charge.

How is that possible? Because they’re a service. They’re not built for profit, as they’ve clearly shown. But if a money-hungry tycoon like Jeff Bezos were at the helm, he would surely find a way to increase profit margins. In many cases, he could double the rates still be cheaper than the competition. 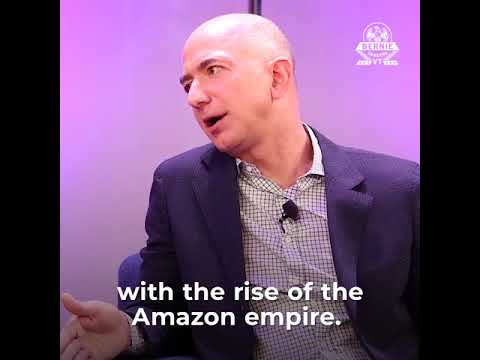 Who knows how much more it would cost to send a letter if Amazon owned the USPS. Maybe the only sensible move for most Americans would be to sign up for Amazon Prime, which would increase Bezos’ net worth to entirely new heights, and spread his monopoly even further.

Postal workers have long worked under strenuous conditions to keep our country’s communication humming. If the USPS collapses, then most workers will lose their pensions.

But with Jeff Bezos at the helm, don’t be surprised if he treats them as poorly as all other Amazon employees.

Bezos was quick to cut employee benefits once he took over Whole Foods. The treatment of Amazon employees has been well-documented. How would he take advantage of the 600,000+ postal workers who already feel like they’re getting the short end of the stick?

One postal employee in Los Angeles, Eric Moscicki, is tired of being overlooked. He told CCN.com:

It still enrages me how little the public views us and how blind they are to the vital need of having us. Without us there to keep prices low, you really think people would be able to afford to ship things like we do now?

He explains the need to keep the institution afloat.

Letting it die would destroy the massive infrastructure we have in place. If they let that crumble then we just lost the longest-running, most prolific, and the most guaranteed national communication we have.

The only thing worse than “letting it crumble” would be letting it into the hands of a power-hungry billionaire.

Aaron Weaver
Aaron is the U.S. editor of CCN.com located in Los Angeles. He has been a professional writer and comedian for over ten years. After graduating with honors from Western Michigan University, he's written extensively for newspapers, websites, and various TV shows and web series. Email: aaron.weaver@ccn.com. Visit his website here, his LinkedIn profile here, or his Muck Rack profile here.
Subscribe
0 Comments
Inline Feedbacks
View all comments
← PreviousThe Great American Shopping Mall Might Be a Thing of the Past
Next →Is Amazon Failing Jeff Bezos’ Crucial ‘Day 1’ Survival Test?

The Postal Service Is Making a Comeback – Will Their Music Hold up?
October 6, 2020 No Comments