Epic Games also notes that in April, players sunk over 3.2 billion hours into the game. How that figure compares to an average month for Fortnite is unclear. The widespread lockdown measures in response to the coronavirus pandemic will only have upped play-time, notably from younger players with the closure of schools.

While the figure is impressive, it doesn’t indicate how many among the 350 million are active players. We can safely assume that a good portion of the 350 million registered users are inactive accounts created when Fortnite was at its height during the summer of 2018.

At the time, it was nigh on impossible to avoid the game as it seeped into popular culture. Fortnite dances become ubiquitous across social media, and the popularity of the game led to an outcry from concerned parents, even prompting the World Health Organization to recognize gaming disorder as a medical diagnosis.

The hype has died down considerably in the intervening years. Fortnite remains one of the most popular games but doesn’t quite have the same standing as it once did.

4.5% of the World’s Population Has Played Fortnite

Nevertheless, the figures shared by Epic Games show that of the world’s 7.8 billion inhabitants, approximately 4.5% have played Fortnite at one time or another. That’s more than the entire population of the United States.

Before today’s announcement, the most recent player count stood at 250 million back in March 2019. An additional one hundred million players in a little over a year is no small feat and suggests Fortnite continues to grow, albeit at a slower pace than in the past. 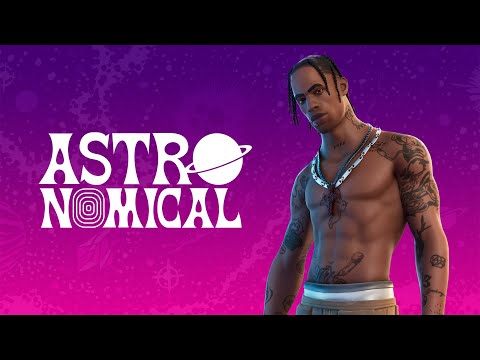 It isn’t surprising given the glut of content Epic Games continues to pump out. Most recently, the game was transformed into a virtual stage as Travis Scott took to Fortnite to premiere new track Astronomical, drawing in nearly 28 million players across multiple performances.

Not content with resting on its laurels, Epic Games is hosting yet another virtual performance this Friday, May 8, featuring the likes of Steve Aoki and deadmau5 to mark the launch of the game’s new combat-free Party Royale mode.