Every NFL owner, head coach, general manager, and fan dreams about their team finding the next transcendent player to redefine the game. The Baltimore Ravens seem to have one in their quarterback, Lamar Jackson.

Finding such a player comes with a huge, expensive problem—paying him.

The Chiefs decided to bite the bullet and go all-in on Patrick Mahomes with a record-setting mega-deal. With how Lamar Jackson has played in his first two seasons, he could demand a similar one, especially if he can lead the Ravens to a Super Bowl win in his third season, like Mahomes.

Of course, paying one guy so much comes risk. When one player takes up so much space under the salary cap, it becomes harder to surround him with talent. That is unless they can talk him into taking a team-friendly deal, which the Ravens will do with Lamar Jackson.

At the tender young age of 23, Lamar Jackson has already earned more accolades than many players will ever be even considered for. After throwing for 30+ touchdowns and rushing for over 1,000+ yards, he was unanimously named league MVP last season.

His peers were so impressed by how he played last season they made him the youngest No. 1 player on the NFL’s Top 100 list for this season:

The youngest player ever to be named #1.

He was the second-youngest MVP in league history (next to Jim Brown), and was named the Madden 21 cover athlete:

The Ravens Will Take Advantage of Him Because They Can

Just saying the words ‘team-friendly deal’ is enough to make most players cringe. They know how fleeting success in the NFL can be and how quickly it can disappear. However, they also know they cannot do it alone.

It’s hard to be one of the greatest players in the game if mediocre players surround you. Tom Brady understood that and accepted team-friendly deals for years with the New England Patriots.

Most guys are not willing to sacrifice their payday to benefit the team. Lamar Jackson sounds like a guy that will. From the moment the Ravens drafted him, it was clear that his focus won on winning and nothing else. 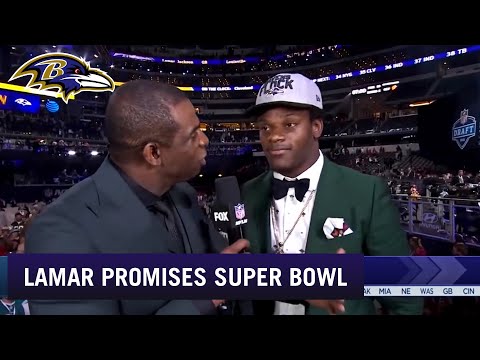 He could call the shots and force the Ravens to pay him now (like Ezekiel Elliot did with the Cowboys). Instead, he seems focused on the future and getting the Ravens back to the Super Bowl:

Does that mean Lamar Jackson is willing to give the Ravens a team-friendly deal? Not necessarily.

The Ravens will use his competitive nature and desire to win to talk him into one. They will make sure he understands how much the team needs to sign guys good enough to support him and elevate his game.

Without an excellent supporting cast, not only will his game suffer, so will the team. As for winning a Super Bowl, the Ravens will be lucky to make it to one, let alone win, if Jackson does not sign a team-friendly deal.

At least, that is what they will try to get him to believe. They will pull off one of the most absurd, scandalous contracts in NFL history if it works.