Warren Buffett, one of the most successful investors of all time, is 89 years old. Despite his advanced age, the CEO of holding company Berkshire Hathaway (NYSE:BRK.A) has no plans to retire.

Buffett Is A Victim Of Age Discrimination

Unfortunately, like many older people, Warren Buffett is a victim of ageism–that is, stereotyping, prejudice, and discrimination against him based on his age.

Last week, billionaire investor Ken Fisher took a cheap shot at Buffett’s age. He said that Buffet’s lack of action during the stock market meltdown was due to his advanced age.

It’s part of being post-octogenarian. My sense of Mr. Buffett is that’s what happening to him, he’s moved into a relatively inactive phase tied to his age. Could I be wrong about that? Yeah.

It’s not the first time Warren Buffett is being attacked due to his age. Many people are saying that Buffett is too old and that we shouldn’t listen to him anymore.

Warren Buffett is getting the Biden desease. Too many old people holding onto to power instead of enjoying their age and letting us save the planet. pic.twitter.com/3Ez8HcxXi7

Warren Buffett has been criticized for doing nothing with Berkshire Hathaway’s $137 billion cash pile. Trump said that Buffett made a mistake when he sold airline stocks.

Buffett bailed out struggling businesses during the 2008 financial crisis, but he didn’t do so during the pandemic.

Warren Buffett’s surprising inactivity is not due to his age. If he hasn’t bought more stocks and bailed out companies, it’s because of the unprecedented intervention by the U.S. government and Federal Reserve.

Company bailouts and cash injections have bolstered financial markets, limiting the number of bargains available and resulting in fiercer competition for good deals.

The Stock Market Is Too Expensive For Buffett

Warren Buffett has made his fortune by buying quality stocks at low prices. If he’s waiting before buying, it’s because stocks are too expensive. 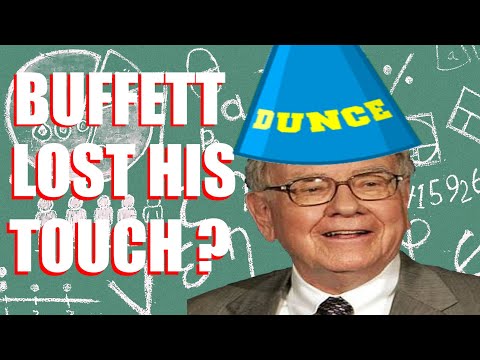 To determine if the stock market is overvalued, Warren Buffett uses the ratio of total market capitalization to GDP (also called the Buffett indicator).

A fairly valued market would have a total market cap/GDP ratio between 75% and 90%. This ratio is now over 150%, which means that the stock market is significantly overvalued. It’s even higher than it was during the dot-com bubble.

During the market crash, the lowest this ratio went is 120%. So, despite the sharp plunge in stock prices, the market was still overvalued. Prices would have had to go down much further to become cheap enough based on the Buffett indicator.

The U.S. stock market lost more than 50% of its value during the financial crisis. The Buffett indicator plunged to 56.5% at its lowest in March 2009, indicating the market was undervalued.

So, Warren Buffett’s inactivity is not due to his age. He simply hasn’t found good deals, and he’s waiting for better opportunities to buy stocks.

Warren wants to keep Berkshire safe for people who have 90% of their net worth invested in it. We’re always going to be on the safe side. That doesn’t mean we couldn’t do something pretty aggressive or seize some opportunity. But basically we will be fairly conservative. And we’ll emerge on the other side very strong.

Buffett and Munger don’t want to play with investors’ money; they prefer to be prudent.

Warren Buffett isn’t too old. He knows what he’s doing. He’s just not finding what he’s looking for in the current stock market. People who say that Buffett has lost his touch because he’s old are wrong.

Disclaimer: This article represents the author’s opinion and should not be considered investment or trading advice from CCN.com. The writer owns shares of Walmart (WMT).