When Warren Buffett revealed on Saturday that Berkshire Hathaway hadn’t sunk its $137 billion cash pile into the plunging stock market in late February and early March, the tweets practically wrote themselves.

One account – which dubiously claims to provide market-beating investment advice over Telegram – put it this way:

But anyone who actually paid attention to Berkshire’s shareholder meeting heard a very different story.

Buffett said that Berkshire began exploring ways to deploy its cash after coronavirus fears ignited a cascade of forced selling in the U.S. stock market.

There was just one problem: The Federal Reserve beat them to the punch.

So the fact that Berkshire didn’t buy the stock market dip is really a story about the Federal Reserve – not about Warren Buffett.

The company would have found a pocket of opportunity and seized on it.

And the conversation today would be about how quickly Buffett believes the stock market will hit new all-time highs, not when he thinks it will plumb new lows.

Of course, that debate wouldn’t be any less vapid than the one we’re having today. Because the truth about Buffett’s investing philosophy is far more boring than your friends who check their Robinhood portfolios six times a day probably realize.

Berkshire Vice Chairman Charlie Munger famously said that sometimes the best investing decision is “sitting on your a**,” and he doubled down on that thesis during a revealing Wall Street Journal interview last month.

Well, I would say basically we’re like the captain of a ship when the worst typhoon that’s ever happened comes. We just want to get through the typhoon, and we’d rather come out of it with a whole lot of liquidity…

We’re always going to be on the safe side. That doesn’t mean we couldn’t do something pretty aggressive or seize some opportunity. But basically we will be fairly conservative.

Often those two factors converge, but value can be found in bull markets too. 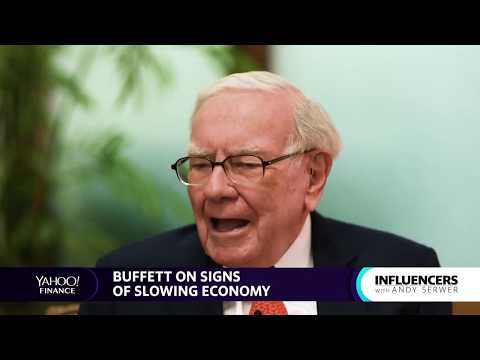 Recall what Buffett said about market timing during Berkshire’s annual meeting in 1994 (via CNBC):

“I never have an opinion about the market because it wouldn’t be any good and it might interfere with the opinions we have that are good,” Buffett said. “If we’re right about a business, if we think a business is attractive, it would be very foolish for us to not take action on that because we thought something about what the market was going to do. … If you’re right about the businesses, you’ll end up doing fine.”

As one investment advisor noted over the weekend, Buffett and Berkshire aren’t just sitting on a $137 billion war chest. They’re also on the hook for nearly $100 billion in long-term debt – including $1.8 billion in yen-denominated bonds they issued in April.

If Berkshire gives up on locating its fabled “elephant-sized acquisition” and starts paying down that debt, that will be a bearish headline that may be worth trading on.

But until then, assume that Warren Buffett believes there’s value lurking in U.S. equities. Just don’t forget that it’s value he’s looking for – not the stock market bottom.