In an interview Thursday on CNBC’s “Squawk Box,” BlackRock co-founder and CEO Larry Fink said we may have seen the bottom of the stock market crash in March:

If the disease curve in the developed world continues to decline [and] at the same time we see the curve of governmental support for monetary policy and fiscal policy worldwide increases, we could have seen the bottom.

The full interview is available on CNBC.com.

Goldman Sachs strategists led by David Kostin revised the bank’s recently bearish outlook this week. They agree the stock market bottom is in, saying in a note to clients:

But these Wall Street bulls were bullish right up to the stock market crash. So why should anyone take their word for it that equities prices are already about to recover? 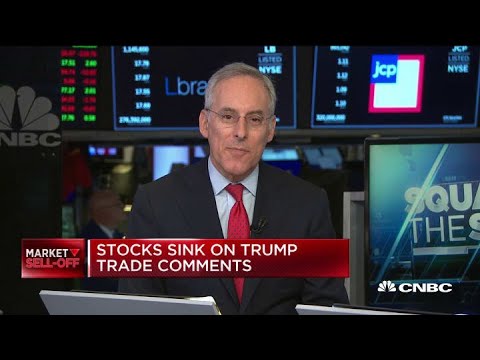 While the stock market hurdled headlong toward its worst crash in history on a mountain of frothy valuations, these same analysts calling a bottom now failed to call a peak then.

I don’t see that many extremes.

The day Fink said that, total U.S. market capitalization stood at 141.7% of U.S. GDP, according to Wilshire data. The “Buffett Indicator” as this ratio is called, after Warren Buffett, was even more frothy than its 137% level in 2007 just before the Great Recession. There’s one extreme that BlackRock group missed.

In the last several weeks, we have seen dismal economic indicators on multiple fronts: CEO confidence falling the most since the Global Financial Crisis, ISM figures plunging, and company insiders selling the most in two decades.

Last year, the yield curve on Treasury bonds–a reliable recession indicator–was behaving exactly as it does before recession strikes.

Despite all these indicators, Goldman Sachs’ David Kostin was still bullish by December. He told CNBC’s “Squawk on the Street” that his 2020 stock market outlook was bright on the basis of consumer confidence, rising wages and low unemployment.

This February, less than two weeks before the stock market peaked, Kostin urged investors to keep buying Big Five tech stocks. This was also three days after the World Health Organization declared the coronavirus a global health emergency. CCN.com warned at the time that the pandemic could devastate the stock market.

Analysts who did predict the devastating stock market crash in February and early March say we are far from a sustained equities recovery. Instead, the relief rally we’ve seen the last few weeks is a bounce quite typical during protracted bear markets.

Crescat warned about an overbought stock market a year ago. The Denver-based hedge fund advised that selling stocks and buying gold would be the “trade of the century.”

Today Crescat says the equities bounce on monetary and fiscal stimulus will soon end, and the market correction will continue.

Rosenberg made increasingly dire predictions about the economy as the stock market approached its peak. After the Dow Jones finished a stunning 4,000 point rally in four days at the end of March, Rosenberg said:

Euro Pacific Capital’s Peter Schiff predicted the market crash in January as well. (He also predicted the 2007-08 subprime mortgage crisis and Great Recession.) He says the stock market is in for an economic contraction worse than the Great Depression.

So whose models should be trusted to spot the bottom? Wall Street bulls who failed to warn investors about the peak? Or the analysts who saw the crash coming?

Disclaimer: The opinions expressed in this article do not necessarily reflect the views of CCN.com. The above should not be considered investment advice from CCN.com.