Don't be fooled by the latest recovery in bond yields; the path to recession is still paved. | Image: Johannes EISELE / AFP

U.S. government debt yields have risen over the past two months, correcting a frightful inversion between the 2-year and 10-year Treasury notes that sparked concerns of an imminent recession. Just because the so-called ‘recession indicator’ is correcting itself, don’t be fooled into thinking the dangers have gone away.

As a matter of fact, the Treasury yield curve is behaving exactly as it would just before recession hits. Complacency in Washington and a series of rate cuts by the Federal Reserve only strengthen the case that a severe downturn is just over the horizon.

The term ‘recession’ gets thrown around a lot by the financial media, but it isn’t always defined properly. The economics term simply refers to back-to-back quarters of declining GDP growth. Oftentimes, countries only realize they’ve entered a recession long after the fact. Case in point: It took several downward GDP revisions following the 2008 financial crisis before the United States knew it was in recession.

Contracting GDP is usually accompanied by other signs of deteriorating health tied to employment, industrial production and real income. Although the U.S. economy remains on the right side of growth, manufacturing is clearly in recession, monthly job creation is slowing, and the Federal Reserve has re-instated quantitative easing under a different name.

But even if the U.S. were to skirt a technical recession, it’s still trending in the direction of a ‘growth recession,’ where an economy expands below trend and then begins to decelerate.

Under such a scenario, GDP is still expanding, but it is doing so at a slower and often declining rate. As the following chart demonstrates, economic growth clearly picked up under President Trump, but appears to have peaked post-tax reform.

Annual GDP expanded just 2% in the second quarter from 3.1% the prior quarter. Growth is expected to weaken again between July and September, according to the Atlanta Federal Reserve Bank.

The bond market is well aware of this trend, as evidenced by the steep drop in yields over the past 12 months. Yields fall as bond prices rise, so demand for the traditional safe haven asset is clearly rising. 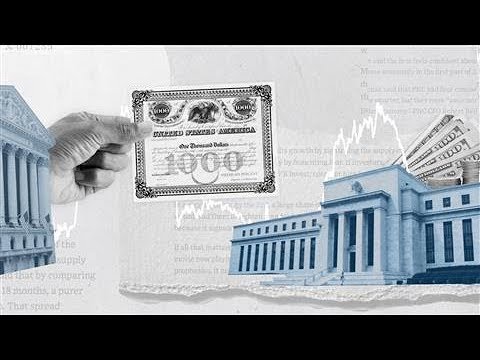 The U.S. yield curve has corrected itself in recent months after multiple inversions throughout the summer triggered massive declines in equity prices. As CCN.com reported at the time, when the yields between 2-year and 10-year Treasury notes invert, recession usually follows about 22 months later. That’s based on decades of trend-setting data.

While some analysts claimed that the bond market was being distorted by global macro forces, unlikely inversions between the 3-month and 10-year yields offered a strong sign that investors were taking the recession risk very seriously. Their views are unlikely to change after a couple of months of dismal economic data and an underwhelming “phase one” trade accord between the U.S. and China.

The trade war distracts investor's attention from the fact that a weakening U.S. economy is headed for recession for reasons having nothing to do with the trade war. It also provides false optimism that ending the war will avert a recession, or a Trump loss in Nov. It won’t.

Investors are cautioned against taking solace in the steepening yield curve too quickly. As CNBC recently warned, a “sudden steepening of the curve following an inversion like the one occurring now almost always happens just before or during U.S. recessions.”

So while the inverted yield curve is the proverbial death knell everyone is afraid of, history tells us that bond markets correct themselves temporarily before the real recession hits. That probably explains why the Federal Reserve began cutting interest rates.

That’s because even the recession-blind Fed knows it’s behind the curve and needs to continue lowering interest rates to keep things in order. Only this time, it doesn’t have the 500 basis-point stimulus it needs to drag the economy out of recession. After multiple rate cuts (and perhaps two more by the end of 2019), the federal funds rate will be approaching zero very soon. 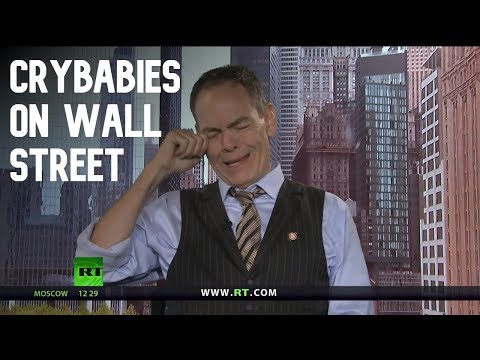 The collapse in bond yields has been truly remarkable, and it partly explains why assets such as gold have seen their first bull market in years. Between November 2018 and September, the yield on the 10-year Treasury plunged by more than half, reaching its lowest level in over three years.

Since then, interest rates on government bonds have trended below the inflation rate, which is currently 2.4%, based on the core consumer price index (CPI).

Gold and other haven plays will continue to draw bids so long as real interest rates are declining. The recent uptick we’ve seen in bond yields is only a nominal one, as they’ve still ventured below the main inflation indicators.

A recession in the next nine-to-12 months could do a lot of damage to President Trump’s re-election bid. Was it not for his election in 2016, there’s a good chance the U.S. economy would have been in recession already. After all, it was the Trump reflation trade – the misplaced hope and optimism of his election – that boosted business confidence and investor morale in 2017.