“We’ve now tariffed our way into a [manufacturing] recession in the US & globally,” said Peter Boockvar in an exasperated tweet Tuesday. Boockvar is the chief investment officer of Bleakley Advisory Group and a CNBC contributor.

We've now tariffed our way into a mfr'g recession in the US & globally. What’s the strategy now? Using tariffs as the tool to push back against China was a dumb idea & history will not look kind upon the strategy just as it didn’t for Reed Smoot, Willis Hawley & Herbert Hoover.

In a more detailed analysis on his website, The Boock Report, Boockvar backs up the “R” word with some data:

It’s indeed a perilous economic position we find ourselves in. Starting in January 2018, President Donald Trump has imposed a series of tariffs on some tens of billions of dollars in imports. Many of these imports come from China, but the Trump tariffs have hit imports from the European Union, Canada, and Mexico as well. 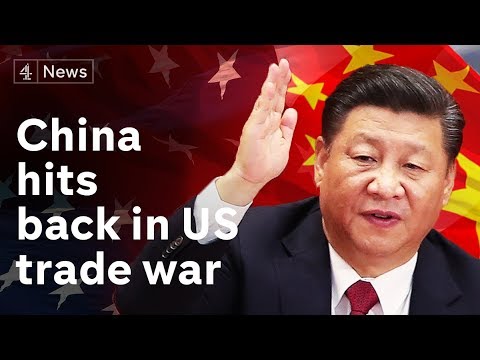 The result of these tariffs has been an increase in prices for American consumers and businesses that buy these competitively-priced imported goods.

The steel tariffs, for instance, drove up the price of raw steel by 25 percent. That hurts every American manufacturing business that uses steel to make its products. In many cases, the tariffs don’t even make sense according to Trump’s own logic.

But get this: while these companies have factories in America, they are foreign-owned companies. Suniva is Chinese, and SolarWorld is German.

What’s Next in the U.S.-China Trade War?

The direct economic costs of the trade war have been devastating to businesses.

The indirect economic cost is the chilling effect of so much policy uncertainty. Commerce abhors political chaos and volatile, unpredictable macro swings in supply, demand, and prices. The trade war explicitly, intentionally creates that kind of unproductive environment.

That’s the most obvious suspect for why manufacturing is leading an oncoming recession at a ten-year low. As a result, the tariff bombardment has painted policymakers into a corner.

That’s why Boockvar’s question, “What’s the strategy now?” is a painful one to ponder. What now? All that’s left is more policy interventions that disrupt the market by increasing uncertainty (and sucking more money into the Washington favor factory).

“This is becoming more and more like a Soviet type of economy here: Commissars deciding who’s going to be granted waivers, commissars in the administration figuring out how they’re going to sprinkle around benefits. I’m very exasperated. This is serious.”

All that’s left is for Washington to play “whac-a-mole” with the disruptions the tariffs have wrought. The Federal Reserve can ease the hangover with some more “hair of the dog” rate cuts.

But monetary policy is a tightrope balancing act between staving off recession and avoiding a stagflation nightmare.