Bobby Kogan says the national debt is your fault. Kogan is the chief mathematician for the Senate Budget Committee. In other words, he’s the one helping Congress spend your money.

Kogan pointed out on Twitter this week that full tax compliance would help balance the government’s spiraling national debt problem.

Debt issues are enormously overplayed. But if you care about debt, know that we could stabilize the debt if we netted 2/3s of the unpaid taxes that people and businesses already owe under law. pic.twitter.com/yElYRSALyh

Kogan calculates that “2/3s of the unpaid taxes that people and businesses already owe under law,” would be enough to “stabilize” government debt.

The IRS could collect 100% of the unpaid taxes that are legally owed under current tax law. Guess what? It still wouldn’t be enough to close the federal budget deficit.

The National Debt Is a Spending Fiasco, Not a Compliance Problem 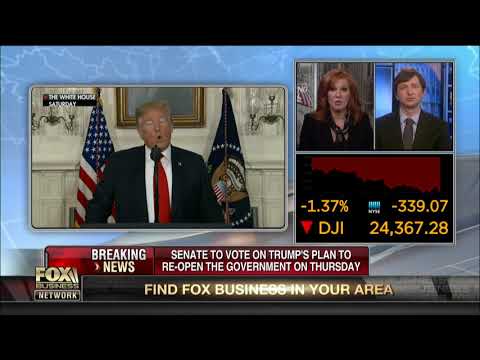 The amount of owed taxes left unpaid each year is called the “tax gap.”

The most recent tax gap data from the IRS comes from a 2016 study. The IRS estimated in that study that the average annual tax gap from 2008 through 2010 was $458 billion. Furthermore, the federal budget deficit in 2010 was slightly less than $1.3 trillion.

Adding over half a trillion dollars to the national debt every year is hardly “stabilizing” it. In addition, federal spending hasn’t slowed any since the Obama years. Despite Republicans controlling the White House and both houses of Congress for two years after the 2016 election, fiscal conservatism didn’t enter into the cards.

Federal Spending Is Just Too High

The fact that the Senate Budget committee’s chief mathematician couldn’t be bothered to do some math explains a lot. Kogan touts closing two-thirds of the tax gap as a stabilizing solution to the national debt. Yet the government’s own figures show that closing the entire tax gap won’t stabilize it.

Under current spending levels, full tax compliance still results in piling hundreds of billions of dollars onto the national debt every twelve months. That’s simply not sustainable. Lawmakers on Capitol Hill will eventually have to reckon with that and cut spending.

That’s why it’s galling for Bobby Kogan to say debt issues “are enormously overplayed.” Because they’re not. They’re enormously underplayed. Washington politicians aren’t taking the national debt seriously. They rail about it in campaign speeches, but they keep shelling out taxpayer dollars to curry favor with special interest groups.

The result is a mounting debt crisis while Congress spends money on programs like a $356,000 NIH study to find out how cocaine affects the mating habits of Japanese quail.

This is utter madness. Congressional mathematicians blaming taxpayers for not forking over enough money when Congress spends likes this merely adds insult to injury.

Just not for the reason Bobby Kogan thinks.