Ellen DeGeneres might appear to be a saintly, philanthropic, LGBTQ+ pioneer, but that doesn’t make her a nice person. In fact, all evidence point to the contrary.

Stories of her reign of terror over staffers have been running around Hollywood for years. These aren’t just one or two “sour grapes,” as Ellen thought. It’s a whole damn vineyard.

But while Ellen may be the talk of the town when it comes to bad behavior, she isn’t the only TV martyr hiding a less than wholesome reputation. I’m looking at you, Dr. Phil – and I’m coming in hot.

Ellen DeGeneres and Dr. Phil are Poisonous Peas in a Pod

On his show, it looks like he goes out of his way to help people, but that’s not the case.

Like many people that find their way onto Dr. Phil’s set, he had some serious issues. When Todd appeared on the show in 2013, he was so wasted he couldn’t even walk onto the stage unaided.

You can watch a snippet of the episode below to see just how much of a turd sandwich Todd was handed. 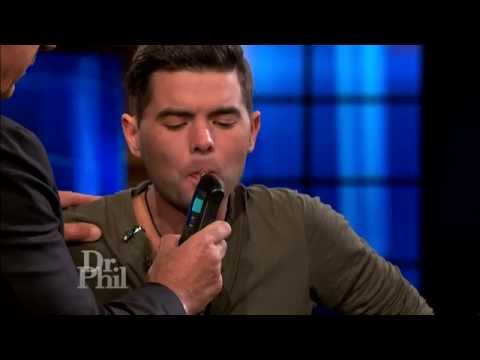 While he undoubtedly had problems, many questioned whether it was ethical to bring such a pie-eyed dude out onto the stage in front of a national audience.

That was bad enough, but the plot thickened.

Herzog claimed that he had purposely dried himself out for two days prior to being on the show. But when he got there, he was put in a dressing room alone with a liter bottle of vodka.

Unable to resist, he downed the entire thing, but here’s the real kicker: Todd claims production gave him a Xanax to settle his nerves, resulting in the blabbering mess we saw dragged out on stage. Of course, the show denied the claims quicker than O.J. Simpson sped down the highway.

Could this be just one embarrassed man, trying to save face? Perhaps, but Todd isn’t the only one.

Dr. Phil Was Old Hat at This Game 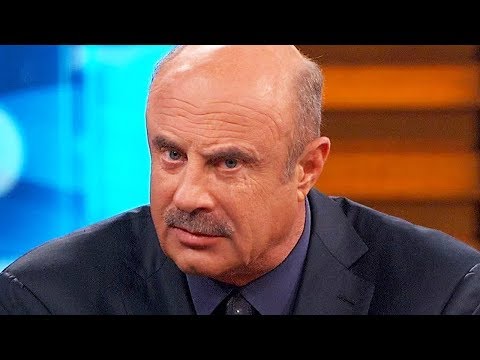 A year prior to Herzog’s appearance on the show, Marianne Smith went with her niece Jordan to try and get some help for her heroin addiction.

When they got to the hotel, they were shocked to find that there was no medical support. By this point, Jordan was suffering from terrible withdrawal.

Did Dr. Phil’s team send them to a hospital or call a doctor? According to Marianne, not quite:

They told us where to go, Skid Row. I was so scared. We never had anyone. It was just the three of us girls the entire time. (The show) was a complete bust. Didn’t help at all. Just ratings for him. People are going to him, like us, with serious, life-threatening problems looking for help. It just doesn’t happen.

What’s more, in 2016, pregnant 28-year-old Kaitlyn King-Parrish went on the show, addicted to heroin. Again, she was allegedly directed to Skid Row to get her pre-show fix. Does the doc get a cut of the profits?

Aside from his appalling treatment of his guests and the sheer lengths he’ll go to for ratings, Dr. Phil has taken a leaf out of Ellen’s book when it comes to how he treats his staff, too.

Back in 2017, Leah Rothman filed a lawsuit against Phil McGraw. She claimed that he was repeatedly abusive to her over the 12 years she worked on the show.

In one instance, he allegedly falsely imprisoned her during a meeting, locking the door and bombarding her with words you’d never see him use on the show. His response to the lawsuit was to file his own against her for recording clips of his behavior on her iPhone.

Doesn’t seem like the compassionate man we see on our TV screens, does it? Now, why does that sound familiar?

Ellen DeGeneres and Dr. Phil are two of the highest-paid TV personalities in the world. Both of them preach kindness when really, they’re just masters of manipulation.

Dr. Phil doesn’t even have an active therapist’s license, so what he’s doing is unethical, immoral, and deplorable. And yet, we continue to watch.

Why do the likes of Harvey Weinstein and Bill Crosby get thrown in the slammer, when we continue to line the pockets of people like Ellen and Dr. Phil?

Are they convicted rapists? No. (McGraw was accused of inappropriately touching a patient in the 1980s, but nothing ever came of it.)

But if we’re going to purge the entertainment industry, let’s not stop at one type of abuse.

Critics say that the cancel culture is wrong, but what’s more toxic? Letting people like Ellen and Phil McGraw get fat off the pain of others, or pretending that we don’t notice?

I know which one I’d choose.