As if things weren’t already going to hell in a handbasket, Bill Cosby’s lawyers have started exploiting coronavirus to lobby for his release.

At one time, Bill was a Hollywood icon, but things came crumbling down when his true identity became clear. Cosby was exposed as one of the many awful, predatory men in the entertainment business.

Since being convicted for his sleazy crimes in 2018, Cosby has been cooling his heels in gen pop at SCI Phoenix in Pennsylvania. His pack of rabid lawyers argues it’s time for his release. Why? They don’t want Cosby to catch the sniffles.

Okay, so Covid-19 shouldn’t be taken lightly, but where do we draw the line on this?

Bill Cosby Is Pushing His Luck Amid Coronavirus Outbreak

Cosby’s fellow sex assailant Harvey Weinstein tested positive for the coronavirus just days ago, and frankly, the world did a little happy dance.

Why should Cosby, a deplorable human accused of committing heinous crimes against over 30 women, get to go home?

According to his lawyers, he’s just a sick old man. I can’t disagree with that statement, but let’s be real. He’s sick in more ways than we can ever imagine.

I’m very concerned for Mr. Cosby’s health in prison during the Coronavirus epidemic…Mr. Cosby is elderly and blind – and always needs to be escorted around the prison.

Wyatt argues that if the inmates that support Cosby fall sick themselves, the 82-year-old wouldn’t be able to get around the prison. Boohoo.

Don’t Want to Do the Time? 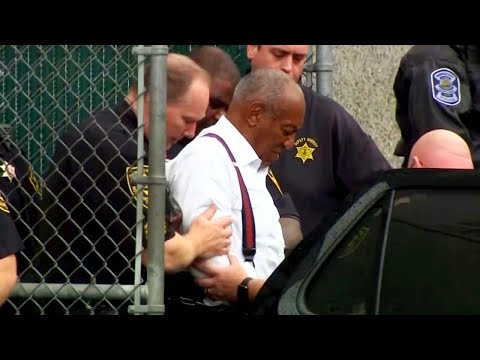 While there’s a teeny, itty bitty part of me that thinks Bill Cosby is just a frail grandpa that deserves a break, this is vastly eclipsed by recapping what he did when he was full-bodied and able.

No man – or woman for that matter – should ever be able to pull a get out of jail free card because they don’t want to get sick.

This is a man with a rap(e) sheet longer than his filmography. Why on God’s green Earth should he get a free pass to wait out the pandemic in the comfort of his own home? Did his victims get the same leave of absence as he was committing his crimes? Will fellow prisoners be afforded the same luxury? It’s doubtful.

The audacity that Cosby’s team would even try and get him released is a startling wake-up call. It just goes to show that Cosby is as unremorseful and selfish as they come with his eye on one prize: getting out, no matter the situation, no matter the cost.