It was always too early to write off the Utah Jazz. Quin Snyder has a time-honored track record of overcoming slow starts. Less than two months of play simply isn’t a big enough sample size to glean concrete conclusions about any team or player in the NBA, either.

Still, Utah’s relative early-season struggles at least seemed a harbinger of problems to come in the playoffs. Does its borderline dominant play over the last two weeks detract from that likelihood?

Considering the player supposed to put them over the top this season has recently been sidelined by injury, the answer to that question isn’t as simple as it seems.

The Jazz finally cashed in their chips for a win-now trade last summer. Mike Conley seemed a perfect fit for Utah, capable of easing Donovan Mitchell’s playmaking burden, running pick-and-roll with Rudy Gobert, and knocking down open shot after open shot on the weak side of the floor.

A lack of offensive versatility and overall dynamism killed the Jazz in the playoffs the last two seasons. With Conley in tow, the expectation was that Utah would take a major step forward on that side of the ball while remaining a top defensive outfit. 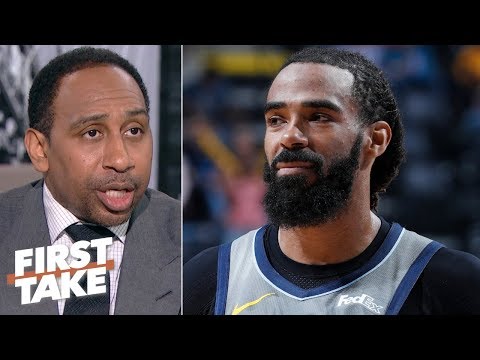 But that’s hardly proven the case during the initial portion of Conley’s career with his new team. The Jazz were a mediocre 12-9 when he went down with a hamstring injury on Dec. 2. And he was ineffective during his return to action on Dec. 17 in a win over the Orlando Magic – a game the 32-year-old left early after re-aggravating his injury.

Utah is 7-1 since Conley was shelved indefinitely in mid-December, a stretch that includes five wins away from home and an impressive victory over the LA Clippers at Staples Center. The notion that the Jazz would improve sans Conley isn’t shocking given his numbers. Even a player of his guile and experience is only so impactful when shooting 36.5 percent overall and 39.5 percent from the paint.

The possibility of Utah reaching new heights in the postseason, though? That still depends on Conley reverting back to his recent career norms.

The Jazz’s success of late has come on both sides of the ball. They’re scoring and defending at top-five rates since Conley went out, with a net rating of +9.5 – third in the league over that time frame.

Mitchell has thrived at point guard, while Joe Ingles has shaken off shooting labors to reemerge as the understated offensive force he’s been for the past three seasons. But Bojan Bogdanovic has cooled off considerably after a hot start, and it’s not hard to see why. His effective field goal percentage playing next to Conley is an elite 57.4 but dips all the way down to 49.2 when playing without him.

That massive discrepancy is indicative of the reality that’s been obvious for Utah since the summer. To reach their potential peak as title contenders, the Jazz need all of their marquee players to perform at levels befitting their well-earned reputations. Anything less will result in the same disappointing outcome that’s marked each of their trips to the postseason over the last three years.

There’s currently no timeline for Conley’s return to the floor.

Whenever he’s healthy enough to play again, though, odds are that Conley will be more effective than he was previously. Shooting and finishing woes of that prior magnitude are almost surely unsustainable.

Will reintegrating him cause the Jazz to lose the momentum they only mustered because he was out, though? If so, Utah will be largely the same team it’s always been – nothing more than competitive playoff fodder for a foe with real title hopes.