Jrue Holiday is officially on the trading block, according to The New York Times’ Marc Stein, and the masses have already decided the Miami Heat are his most likely destination.

It makes sense on the surface. A dynamic two-way point guard could propel the Heat to true contention in the Eastern Conference. Holiday has a player option on the final season of his existing contract, too, meaning Miami could retain the cap flexibility necessary to chase Giannis Antetokounmpo in free agency come summer 2021.

But a closer look at Miami’s stable of assets reveals it might lack the firepower to make an attractive offer to New Orleans.

League rules prevent the Heat from including any first-round pick due until the mid-to-late 2020s in any trade. Bam Adebayo might as well be untouchable; and Justise Winslow, awesomely versatile as he is defensively, is a poor fit on the other end next to the Pelicans’ new core of Zion Williamson and Brandon Ingram. A package of Tyler Herro, Duncan Robinson, and Derrick Jones Jr., along with Dragic’s contract, surely wouldn’t meet New Orleans’ asking price.

Fortunately for Holiday, the Heat are hardly the only team primed to chase him via trade. Here are three other teams who should make a run at acquiring the league’s newest-available star.

Losing Harris would hurt Denver. He’s a better shooter and cutter than Holiday, key for guards playing next to Nikola Jokic, and has played a major part in the Nuggets’ surprisingly stingy defense. But Holiday is simply a superior player on both ends of the floor, and his presence would be a boon for Jamal Murray. 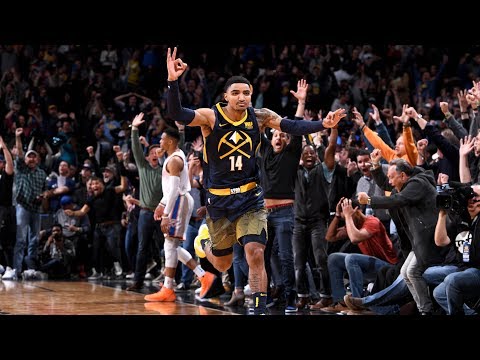 New Orleans gets some much-needed shooting around Williamson and Ingram in this deal while adding a first-round pick for the one year it doesn’t have an extra after a summer of wheeling and dealing.

The Timberwolves need a point guard in the worst way and, maybe more importantly, must prove to Karl-Anthony Towns that his future looks bright in Minnesota. Bringing in a veteran of Holiday’s caliber would kill two birds with one stone, immediately vaulting the struggling Timberwolves above the handful of teams fighting for one of the final two playoff spots in the Western Conference.

The Pelicans, meanwhile, absorb the final year of Teague’s contract for salary-matching purposes. Culver, the seventh overall pick of this year’s draft, gives them an intriguing backcourt piece with size and natural instincts, and Okogie is already one of the most dogged individual defenders in basketball. An unprotected first-rounder in June’s draft serves as a cherry on top.

Losing Kennard, quietly enjoying a breakout season, would hurt the Pistons. They badly need his shooting and secondary playmaking ability. But Detroit wants to make a splash this season, and its prospects of doing so as currently constructed are slim to none. A core of Holiday, Blake Griffin, and Andre Drummond would at least give the Pistons the chance to win a playoff series.

Jackson is only here for salary-matching. Kennard is an ideal fit in New Orleans and could spend the next two seasons learning from JJ Redick. Doumbouya is a long way from contributing, but his combination of physical tools and nascent skills with the ball is rare. Both he and Kennard are more secondary trade pieces, though, which is why a high-value first-rounder goes to the Pelicans in 2022.