The Timberwolves were the talk of the league a month ago but are now mired in a losing streak that portends season-long struggles.
PHNjcmlwdCBhc3luYyBzcmM9Imh0dHBzOi8vcGFnZWFkMi5nb29nbGVzeW5kaWNhdGlvbi5jb20vcGFnZWFkL2pzL2Fkc2J5Z29vZ2xlLmpzIj48L3NjcmlwdD4KPCEtLSBUb3AgQXJ0aWNsZSBDQ04gLS0+CjxpbnMgY2xhc3M9ImFkc2J5Z29vZ2xlIgogICAgIHN0eWxlPSJkaXNwbGF5OmJsb2NrIgogICAgIGRhdGEtYWQtY2xpZW50PSJjYS1wdWItNjQ3MjA2OTY5MzY1NzE0MyIKICAgICBkYXRhLWFkLXNsb3Q9IjU4NDY0ODIyMjMiCiAgICAgZGF0YS1hZC1mb3JtYXQ9ImF1dG8iCiAgICAgZGF0YS1mdWxsLXdpZHRoLXJlc3BvbnNpdmU9InRydWUiPjwvaW5zPgo8c2NyaXB0PgogICAgIChhZHNieWdvb2dsZSA9IHdpbmRvdy5hZHNieWdvb2dsZSB8fCBbXSkucHVzaCh7fSk7Cjwvc2NyaXB0Pg==

It was just more than a month ago that the Minnesota Timberwolves seemed to have turned the corner.

They were 7-4, coming off consecutive wins over the San Antonio Spurs and Detroit Pistons. Karl-Anthony Towns was forcing his way into the MVP race, and Andrew Wiggins’ unexpected breakout campaign was the talk of the NBA. Not only was Minnesota’s revamped culture and on-court getting the most out of its franchise players, but its unspectacular collection of role players was thriving under those new circumstances, too. 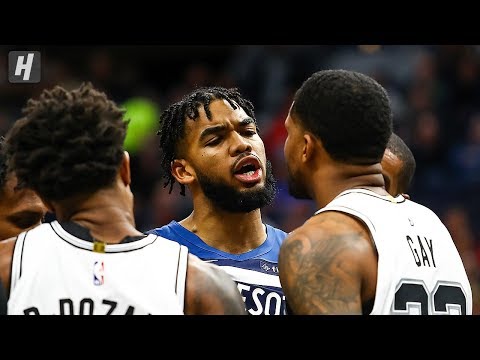 But fortunes change fast in the NBA, and so did the Timberwolves’. Even though it remains within striking distance of eighth in the Western Conference, the most recent signs point to Minnesota failing to get there – and its recent struggles continuing over the season’s remainder.

The Timberwolves are currently mired in a seven-game losing streak, the league’s second-longest stretch of ongoing futility. More discouraging is the manner in which those losses have come.

Minnesota’s point differential over that time frame is an ugly -11.1. Four of their last five losses have come by double-digits, and the Timberwolves were being blown out at home by the LA Clippers on Friday before a late-game run made the game seem far more competitive than it actually was. 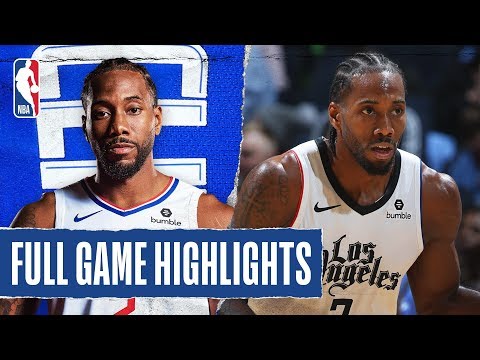 There were also smoke and mirrors behind Minnesota’s promising start.

It outscored opponents by just a single point over that time frame, and two of their seven victories came in overtime. The Timberwolves’ lone win of the season against an objectively quality opponent came versus the Miami Heat on Oct. 27, when Wiggins scored 11 points in just over a minute of crunch time to give his team a come-from-behind victory.

As good as Towns and Wiggins have been this season, they’ve labored some of late. Towns just hasn’t been as assertive offensively as a player of his caliber needs to be, and Wiggins’ once-hot three-point shooting has plateaued. Both can leave much to be desired defensively, too.

Without Towns and Wiggins consistently playing like one of the league’s top-five tandems, Minnesota’s lack of reliable depth has become impossible to ignore.

Robert Covington is the only other player on this roster who would be a surefire rotation player on a good team, and his individual defense has waned this season. Jeff Teague has been typically hit or miss, and rookie Jarrett Culver has been supremely disappointing since being promoted to the starting lineup in Teague’s place. For all of Josh Okogie’s activity and disruption defensively, he’s still a net negative due to his sweeping offensive limitations.

Beyond that, no other player on this roster – with the possible exception of Keita Bates-Diop – seems like a potential regular contributor on a playoff team, now or down the line.

Minnesota, even at 10-15, is still just a game out of eighth place in the West. The conference’s lack of strength in the middle class could possibly keep the Timberwolves in the playoff race.

But just as likely is that the front office sees the writing on the wall. Rather than fight for the opportunity to get embarrassed by the Los Angeles Lakers or LA Clippers in the first round, Minnesota could send Covington to a contender who needs help on the wing in exchange for future draft assets. Such a deal would leave the Timberwolves without a player who’s critical to their two-way identity, but Gersson Rosas may find that depressing reality more appealing than the alternative.

Regardless, Minnesota isn’t going anywhere meaningful this season. Its play through mid-November has already been proven a fluke.

The Timberwolves’ ceiling over the season’s remainder is clearly limited; the question now is whether they try to reach it or prioritize the long-term future.

Jack Winter
Jack Winter lives in Portland, OR. A veteran NBA writer, he also has experience covering the NFL, US politics, and pop culture. Follow him on Twitter, or reach him directly at john.armstrong.winter@gmail.com.
Subscribe
0 Comments
Inline Feedbacks
View all comments
← PreviousWhy DeAndre Ayton’s Return Could Slow the Suns’ Momentum
Next →The Anthony Davis Trade Impact is Finally Being Felt in New Orleans