Meghan Markle Forgot to Learn From This Stunning Model-Turned-Royal

What if Meghan Markle had a different attitude to royal life? Could she have been a success similar to Princess Sofia of Sweden?

By now, we all know the story as to why Meghan Markle and Prince Harry walked away from their royal duties.

And no, I don’t mean the curated version told within the pages of Finding Freedom. You know, where it was all Harry’s idea, and Meghan was giving up her entire life to try and fit in with an evil, snobbish family that didn’t want her.

The pursuit of money and fame by way of using royal titles was the name of the game. That much should be clear to all but the most blinded of souls by now.

But what if Meghan Markle had, in an alternative universe, actually come into the royal family genuinely looking to make it work? 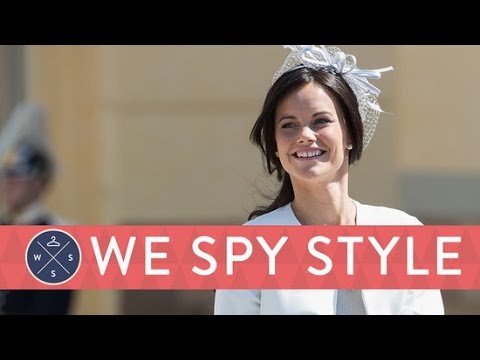 Princess Sofia of Sweden is everything Meghan Markle could have been

While I do not believe that there’s a racist agenda against Meghan Markle in the British press, I’ve been following the royal family for long enough to know that she’s been just as much a victim of the media microscope as any other royal.

Sadly, it’s part and parcel of life as a royal in Britain.

But while the British Monarchy is undoubtedly the most high-profile globally, there are other royal families throughout Europe.

Sweden, for one. Where a former model and reality show star walked a similar path to that of Meghan Markle.

The only difference? Princess Sofia of Sweden had every intention of making her royal commitment work.

Speaking to Royal Central, 35-year-old Princess Sofia of Sweden claims she’d never think of going down the path that Meghan Markle did.

Asked if she’d ever consider it, the Princess replied:

No. Not really. I think I have found such a fantastic balance, and I really see it as a positive that I have made it through these stormy years. It is such a huge advantage in that we have the opportunity to stand a little in both worlds.

That Princess Sofia mentions the stormy years is telling.

I know it doesn’t quite fit with the agenda of many, but perhaps marrying into a royal family is difficult no matter what?

I know many of Meghan Markle and Prince Harry’s fans don’t know much of what happened before 2016 but trust me, Duchess Kate Middleton had a really tough time of it when it came to media scrutiny.

However, she did what Princess Sofia did. She rode out the storm and established herself as a royal family member in her own right.

Meghan Markle could have accomplished the same had she possessed a similar level of staying power.

Not only does Princess Sofia’s willingness to embrace all things royal stand in stark contrast to Meghan Markle, but her approach to charity work is also very different.

While we’ve seen the heavily staged photoshoots that both Meghan Markle and Prince Harry have attended of late, Princess Sofia is reminiscent of Britain’s own Sophie Wessex when it comes to charity.

The Swedish Princess worked in Swedish hospitals during the recent pandemic and has worked as a volunteer and aid worker in South Africa.

Charity work is one of the pillars of royal life, and much of what is done goes unnoticed by the general public.

That kind of approach doesn’t sit well with Meghan and Prince Harry. After all, you can’t further the brand if the public isn’t made aware of what you’re doing.

I wonder if we could convince Boris to throw in a trade deal as part of his EU negotiations? Prince Harry and Meghan Markle for Princess Sofia and Prince Carl-Philip?

Then again, such a ridiculous request could kill off discussions entirely.

September 26, 2020 15 Comments
← PreviousTyra Banks Proves She Didn’t Deserve Her Role on ‘Fresh Prince’
Next →Kate Winslet Loathes Woody Allen – And So Should The Rest of Hollywood