Still don’t believe Prince Harry and Meghan Markle are all about the money? Their new Netflix deal is seemingly behind canceling a fundraiser.

Like many, I clearly remember reading the media statement when Meghan Markle and Prince Harry decided to walk away from their royal duties and responsibilities to chase the almighty dollar.

I also remember being told that I was wrong and that the Prince and his wife would be able to do much more without those pesky royal restraints on them.

Sure, both Meghan Markle and Prince Harry would have to make money in some form to support the lifestyle to which they’ve become accustomed, but their patronages would always be their top priority, right? After all, Prince Harry said in his leaving statement that they would:

[Continue] to honour our duty to the Queen, the Commonwealth, and our patronages.

Well, it seems this isn’t the case at all, as the Invictus Games are forced to cancel a fundraiser in California next year.

Although I’m sure that the Sussex Squad and other supporters of Meghan Markle and Prince Harry will either throw out flimsy excuses or stay silent entirely, it cannot be denied that what the couple has done here is terrible form.

The Invictus Games is pretty much Prince Harry’s baby. He’s been involved since the beginning, way back in 2014, and has always spoken proudly of his involvement in the project.

So why the sudden change of heart? Sadly, the reasons, no matter how some may try to dress them up, are financial.

What is the Invictus Games? Watch this video to find out! 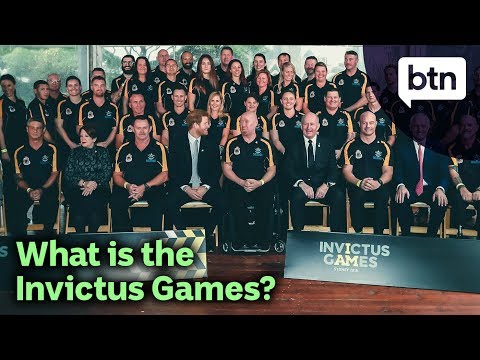 Why was the plug pulled on the Invictus Games fundraiser?

Disregarding the frankly embarrassing attempts at saving face, the reason Prince Harry pulled the plug on the California-based fundraiser was the deal signed by him and his wife with streaming giant Netflix.

You see, the Invictus Games fundraiser was to be streamed by Amazon.

Harry has put personal financial gain over the greater good of the charity he heads up. It really is that simple.

It was believed that the fundraiser would have garnered somewhere in the region of $1.3 million.

Of course, this kind of money is mere pocket change to the likes of Meghan Markle and Prince Harry. It would barely keep Meghan in designer clothes for a year.

To the wounded, sick, and injured armed forces veterans who rely on the charity work done by those behind the Invictus organization, though? It’s life-changing money.

That matters little to Prince Harry and Meghan, though.

When we cut through the noise and empty “woke” rhetoric the couple love to spout these days, it’s clear that charity work, and indeed those who rely on charities to survive represent nothing more than a photo-op to boost a million-dollar brand.

What has been the reaction to the decision made by Prince Harry?

Those who run the foundation were reported to be “stunned” by the decision, with a source involved in planning the event telling the Daily Mail:

It’s very bad form, and everyone at Invictus is gutted. Harry said yes to doing this last year, and everything was still moving forwards until a few weeks ago.

This was going to be a big moment for Invictus where the pot is pretty empty, and it has left them in the lurch. Harry needs to pull his finger out to find another way to raise funds for them.

To add insult to injury, and a sad sign of how Prince Harry and Meghan Markle operate today, those involved in the charity, many of who know Harry personally, were informed of the decision via the couple’s lawyer.

So not only did Prince Harry nix over $1 million in funding to further his own multi-million dollar interests, but he didn’t even have the courage to tell those who run the charity personally.

Shame on you, Harry. You’re fast becoming an embarrassment to both the crown and your country.