The future of Meghan Markle and Prince Harry had they remained as part of the working royal family is something that will be up for debate for years to come.

The truth is, we’ll never really know how it would have played out for the Sussexes had they given royal life a fair go.

Several royal commentators have made educated guesses, though, and Ingrid Seward is among them.

Did Queen Elizabeth have high hopes for Meghan Markle and Prince Harry?

According to Ingrid, Queen Elizabeth had rather high hopes for Prince Harry and Meghan Markle, commenting via Page Six:

In the Queens’ mind, the couple was going to be the “new face of royalty” and bring the monarchy into the 21st century. And I think they could hardly believe it when Harry announced they were leaving for North America and wanted out of royal life.

I often agree with what Ingrid Seward has to say, but I don’t on this occasion.

In my opinion, the “new face of royalty” was always going to be the future King and Queen Consort, Prince William and Duchess Kate Middleton.

Would there be a prominent place for Prince Harry and Meghan Markle? Of course there would. At one point, Harry was a beloved member of the royal family and seen by many observers as the perfect compliment to Prince William.

Both brothers have an awful lot to offer as far as the royal family’s future is concerned.

Well, they did have until one of them decided to take the money and run, literally.

Continuing with her assessment, Ingrid says:

I think I speak for most of us when I say that Prince Philip and the Queen aren’t the only ones irritated by Meghan Markle and Prince Harry ditching their responsibilities.

While many like to paint the Queen and her husband as old and out of touch, they are absolutely correct on this point.

What exactly did Meghan and Prince Harry want? And what had the royals done wrong?

Now that we’re several months removed from the split, the answer is quite clear; The Sussexes wanted fame and money.

And they knew that so long as they remained part of the royal family, another couple would always have the spotlight, and Meghan Markle, in particular, couldn’t live with that. 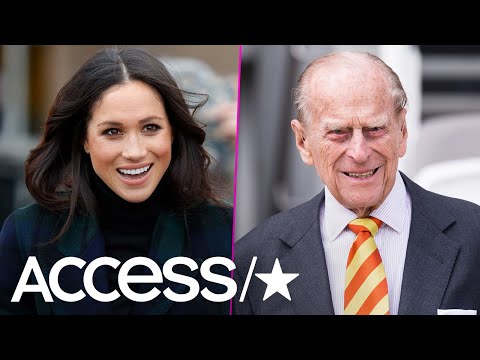 It’s hard to deny that the Sussexes appear on the surface to have it all. As Ingrid Seward commented:

If we’re honest, there’s very little that Prince Harry and Meghan Markle could have asked for that couldn’t be done within the confines of royal life.

Spending more time in America? Not a problem. I’m sure that it wouldn’t have been out of the question for the couple to own a holiday home in California where they could visit with Meghan’s mother and friends often.

Spending less time in the limelight? Again, that’s relatively easy to attain. Frogmore Cottage, as I’ve often said, is the epitome of privacy and tranquil living.

The couple could have spent their time raising their child, attending royal engagements as and when needed. No one was forcing them to work more than they wanted to.

Working with their chosen charities? Again, this would have been easy to do. In fact, doing so with the Palace’s influence would have meant the charities in question would benefit even more.

There was one thing that the royal family couldn’t offer Meghan Markle and Prince Harry, though. And that was the position of the headline act.

Prince William and Duchess Kate were always going to be the main event, and Meghan Markle simply couldn’t handle that.

Her ego wouldn’t allow it.

Aubrey Hansen
I'm a full-time royal & entertainment commentator at CCN. I've had my opinions and links to my work on the royal family featured by outlets such as The Daily Mail, International Business Times, and The Express. Reach me at aubrey.hansen@ccn.com, visit my LinkedIn profile here or my Twitter profile here.
Subscribe
28 Comments
Most Voted
Newest Oldest
Inline Feedbacks
View all comments
← PreviousThe BBC Diana Interview Saw Prince William Bullied – Who’s at Fault?
Next →Kim Kardashian Got Dragged For Her Performative Quarantine and I Love It