Prince Philip is reportedly not impressed by Meghan Markle, and in all honesty, who can blame him? Philip is absolutely correct.

To many casual observers, Prince Philip is the loveable husband of Queen Elizabeth, known for putting his foot in his mouth with some of his remarks.

Considered well-meaning yet painfully old fashioned, he’s the embarrassing grandparent you don’t want to take to a restaurant or to meet the new in-laws.

What many people don’t know, although Netflix show The Crown has helped to highlight, is that Prince Philip was once a well-regarded navy officer with a bright future in the service.

A bright future that he gave up to marry into the British royal family when he said “I do” at Westminster Abbey on November 20, 1947.

Prince Philip is a beloved royal today, but that wasn’t always the case

I’ll admit, I’ve always had a keen interest in Prince Philip, and indeed royals from that era. I also have to smile when I see Meghan Markle fans complain about the treatment of their idol by the media.

Honestly, the girl doesn’t know how good she had it as a royal.

Despite being a respected member of the British navy, Prince Philip was quite simply deemed not good enough for the young Princess Elizabeth. According to royal nanny Marion Crawford:

He was, in essence, a prince without a kingdom — he had no financial standing, and he was considered a foreigner, despite having been born and educated in England and serving in the British Royal Navy. Further complicating his acceptance was the fact that his sisters had married German noblemen with Nazi links.

He had no financial clout and was looked upon suspiciously by the British media and aristocratic society of the day, treated in a manner that would have Meghan Markle curling up into a ball and crying, most likely.

And yet, Prince Philip persevered.

No doubt he’ll be torn apart for his views, but Philip is correct about Meghan Markle

In today’s world, much of what Prince Philip says is considered politically incorrect, and I admit, he does exhibit the kind of views you’d expect from someone born in 1921 (let that sink in for a minute. Prince Philip was 18 years old when Hitler invaded Poland).

I think he’s very, very disappointed because I think he feels he gave up his naval career in order to stand by the Queen and help the monarchy. And why can’t Meghan just give up her acting career, support her husband and support the monarchy? As he used to say to Diana, this is not a popularity contest. This is all of us working together. He just cannot understand why she couldn’t support Harry and help him rather than wanting to have her voice.

I’m in no doubt that “woke” feminists are literally foaming at the mouth after reading that, but it doesn’t change the fact that Prince Philip is spot on. 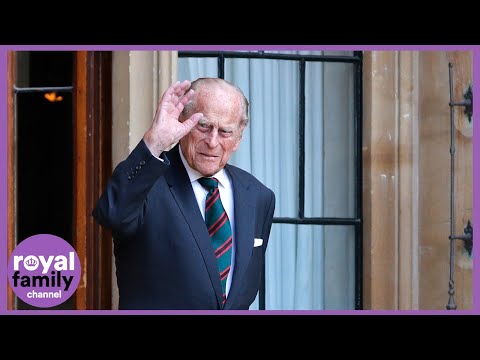 We need more people like Prince Philip, despite what his detractors may say.

Putting aside his embarrassing tendency to express the kind of societal views you’d expect from someone of his advanced years, what cannot be denied is that Prince Philip has served both the country and his wife, Queen Elizabeth, with honor and dedication over the past 70 years or so.

That he struggles to comprehend the actions of his grandson, Prince Harry, is a damning indictment of both Harry and Meghan Markle. Ms. Seward claimed:

He has struggled greatly, for example, with what he sees as his grandson Harry’s dereliction of duty, giving up his homeland and everything he cared about for a life of self-centered celebrity in North America. He has found it hard to understand exactly what it was that made his grandson’s life so unbearable. As far as Philip was concerned, Harry and Meghan had everything going for them: a beautiful home, a healthy son, and a unique opportunity to make a global impact with their charity work.

He’s not wrong, you know. Prince Philip may be turning 100 years old next June, but the old boy still talks a lot of sense.

Prince Harry could do a lot worse than listen for a change, instead of lecturing.

Aubrey Hansen
I'm a full-time royal & entertainment commentator at CCN. I've had my opinions and links to my work on the royal family featured by outlets such as The Daily Mail, International Business Times, and The Express. Reach me at aubrey.hansen@ccn.com, visit my LinkedIn profile here or my Twitter profile here.
Subscribe
13 Comments
Most Voted
Newest Oldest
Inline Feedbacks
View all comments
← PreviousDid Prince William & Harry Really ‘Fall Out’ Over Sandringham Summit?
Next →Kim Kardashian Proves Her ‘Law Degree’ is More Publicity Bait