Prince Harry and Meghan Markle are ‘Rock Stars’, But Do You Care?

You know the type. The celebrity figures where everyone knows their name, but virtually no one actually knows what they’re famous for.

They’re famous for being famous.

What Prince Harry and Meghan do and say is often less interesting than the rumors and innuendo surrounding their private lives.

It seems that certain authors have clued themselves in on that and know exactly what it is that appeals to people about this rather odd couple.

The latest is Robert Lacey, the Netflix advisor who worked on the fantastic series, The Crown.

According to Lacey, Meghan Markle and Prince Harry are “rock stars”

Yeah, I’m not entirely sure I’d sully the good name of the likes of Mick Jagger and Axl Rose by calling the Sussexes “rock stars.”

But this is what Robert Lacey believes, claiming in his new book that Meghan Markle and Prince Harry were “edged out” of the royal family due to the threat that they could “overshadow” the more senior royals such as Prince William, Duchess Kate, and even the Queen.

Lacey claims that the royal system is very much to blame, commenting:

The British royal system can be very cruel, and it’s particularly cruel to the spare. Harry came to realize in his teens that he was typecast as the court jester, the number two.

This all changed, according to Robert, once Harry met Meghan, with the Netflix advisor claiming that:

With Meghan as the driving force, she and Harry quickly became the ‘rock stars’ of the royal family.

I think Meghan’s a force of nature that maybe Buckingham Palace hasn’t worked out how to cope with. She is a woman of great conviction.

Putting aside the hilarious notion of Meghan being a woman of conviction, let’s unpack some of Lacey’s claims and see if they hold any truth. 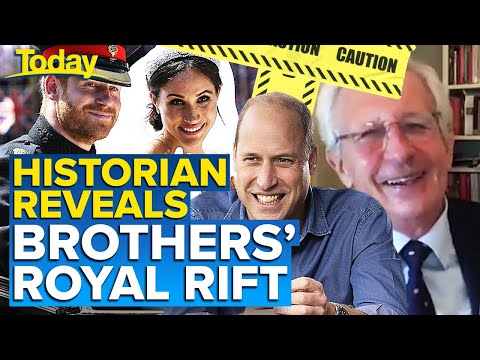 Prince Harry typecast himself over the years

I know many like to offer up excuses for Prince Harry and his behavior as a younger man, but let’s cut through the hand-wringing for a second and call it like it is.

Prince Harry, before he met Meghan Markle, thoroughly enjoyed all of the trappings of royal life.

He was a playboy. His lifestyle as a young man was that of anyone his age with the money and social standing he was afforded.

It wasn’t due to some deep-seated court jester syndrome from being cast as “the spare.”

He didn’t have as much responsibility as his brother, Prince William, and as such, he took full advantage of the fact he could party like a teenage lottery winner.

He made some questionable decisions, and his choice of fancy dress party attire left a lot to be desired. But hey, he was young, rich, and royal.

But this was his choice. “Spare heir” or not, he had life choices available to him that 99 percent of people his age can only dream of. He could have attended any university in the world, could have done anything with his life. Doors were open to him left, right, and center.

It just so happens that he preferred to stumble drunkenly through the nightclub doors more than any other.

But that’s on him. And him alone.

I see what Robert Lacey is trying to do, and I suppose it’s the stance that helps sell more books.

Meghan Markle and Prince Harry are not rock stars.

If they were, they’d have been in huge demand since leaving the royal family. The couple made their intentions known over nine months ago and have been “free agents” for over six months now.

Pandemic or not, if they were legit superstars, they’d be doing a lot more by this stage.

As things stand, their popularity in Britain has nosedived spectacularly, and at the time of writing, Prince Harry has done absolutely nothing except a few token video appearances.

Hardly the million-dollar speaking engagements we were all told were in their future, is it?

Rock stars? Jeez, they’re hardly even household names in their own postcode.

Aubrey Hansen
I'm a full-time royal & entertainment commentator at CCN. I've had my opinions and links to my work on the royal family featured by outlets such as The Daily Mail, International Business Times, and The Express. Reach me at aubrey.hansen@ccn.com, visit my LinkedIn profile here or my Twitter profile here.
Subscribe
13 Comments
Most Voted
Newest Oldest
Inline Feedbacks
View all comments
← PreviousAre Meghan Markle and Prince Harry the Most ‘Woke’ Royals?
Next →While Prince William Saves the World, Harry & Meghan Pander to Wealthy Elites