Frame rate is a significant factor for players choosing a platform. PC generally has the highest framerate, leading to the smoothest experience possible. But not everyone can afford a high-end PC, which is why the Xbox Series X and PlayStation 5 exist–as more affordable ways to play at higher frame rates.

Consoles try to hit 30 FPS for a playable experience. But better-optimized games play at 60 FPS. Many hope that the Xbox Series X and PlayStation 5’s more powerful hardware would make 60 FPS a no-brainer, especially since Microsoft said some games could run higher than 60, and at 4k resolution as well.

PlayStation 5 Won’t be the 60 FPS Powerhouse We Thought

But, according to Ljubomir Peklar, a developer of Ebb Software’s upcoming Scorn, 60 FPS will not be the industry standard next-gen.

If that’s the case, then what’s the point?

Speaking to Gaming Bolt, Peklar claims that while graphics might be prettier on these new games, that fidelity comes at a cost. That cost is frame rate.

It depends on what you prefer. If cross-gen games go for 60 FPS on next-gen, I would find that favorable. If they just opt for more graphical fidelity and 30 FPS, then you would get better results, if the game was built from ground up for the new hardware. Ideally you would want a 60 FPS game build for next-gen, but that seems like the least likely option.

Of course, it all depends on your preference, but I prefer playability over graphics. Why release a gorgeous game like Godfall if it’s neutered by the distracting frame rate of 30 FPS? It’s strange that after all of the frame rate flare-ups at the start of this generation, we’re only going to see more of it come next-gen.

One of next-gen’s most significant selling points was higher frame rates and a higher resolution, rather than trading one for the other. Assassin’s Creed: Valhalla already bunked that.

Current-gen games like The Last of Us Part 2 already look great. But, many contemporary titles struggle to hit 60 FPS on current hardware. Why not use next-gen to capitalize on those looks and stabilize the frame rate, rather than push harder and keep the experience at 30 FPS? 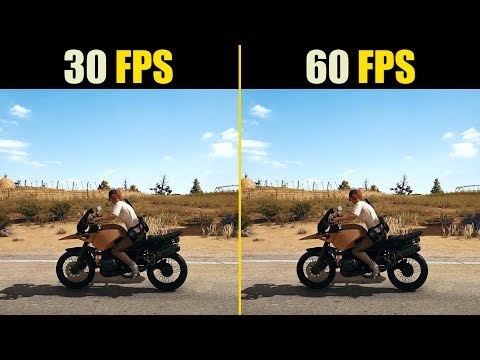 If next-generation consoles are going to be an endless loop of 30 FPS, despite promises of more, what’s the point? Why shouldn’t I just keep playing games on my PC, which provides frame rate and resolution?

This is a blow toward next-generation consoles, no doubt.