The Dow Jones teetered on Thursday after the Trump administration came to loggerheads with China over the trade deal, and Beijing warned the White House that it has no plans to budge.

Wall Street’s three major indices all took a step down from the all-time highs they recorded yesterday.

Not even a post-earnings bounce from Walmart stock could keep the Dow’s rally afloat. WMT shares jumped 2.42%, offsetting a brutal 7.41% loss from Cisco.

China Demands Trump Agree to Tariff Rollbacks – or Else

The Dow receded from its all-time high as US-China trade relations appeared to grow more fraught.

On Thursday, China’s Commerce Ministry issued a sharp warning to the Trump administration, firmly stating that Beijing expects the “phase one” trade deal to include tariff reductions.

“That is the important condition for reaching the deal,” Commerce Ministry spokesman Gao Feng said in a press conference, per the South China Morning Post. “The significance of the phase one deal should reflect the scale of the tariff roll back.”

The stock market surged last week after China announced that the two countries had agreed to begin rolling back tariffs as part of the phase one deal, but Trump administration officials – and later President Donald Trump himself – refuted those reports. 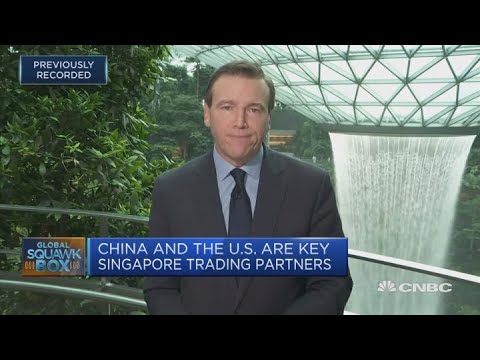 Peter Navarro said that Trump is the “only person” who can decide to roll back tariffs, while Larry Kudlow said that the White House wouldn’t even put tariffs on the table until after “the entire deal is put together.”

Speaking on Tuesday, Trump not only denied agreeing to a tariff rollback but also threatened to hike tariffs if the US and China don’t strike a trade deal soon.

Now, China appears to be retaliating by balking at increasing its purchases of US farm goods, despite the White House’s claim that this point had been sorted out during last month’s negotiations.

With the trade deal seemingly on the brink, it’s somewhat remarkable that the Dow has only slipped a few dozen points from its peak. That might confirm analyst theories that the stock market’s latest leg up has been powered by investor FOMO, not trade war headlines or the usual fundamental catalysts.

Newly-published economic data releases did little to change the market’s outlook, despite an unemployment statistic that initially looked concerning.

US weekly jobless claims spiked to a five-month high, with 225,000 Americans filing for state unemployment benefits during the week ended Nov. 9. That’s 10,000 more jobless claims than economists had expected.

While recession hawks might highlight this statistic as a leading indicator of the business investment slowdown seeping into the broader economy, this reading could be revised significantly next week. The Veteran’s Day holiday left five states and Puerto Rico unable to fully process their data, so their jobless claims figures are estimates.

Friday’s retail sales data release should provide a clearer picture of whether the trade war and other factors have begun to alter consumer habits. Economists expect Core Retail Sales to bounce back from September’s 0.1% decline and rise 0.3% for October.

Wholesale inflation rose more than expected, but the data are unlikely to spur the Federal Reserve to raise interest rates anytime soon. According to the Labor Department, the Producer Price Index (PPI) rose 0.4% in October, compared to an economist estimate of 0.3%. Core PPI, which excludes volatile food and energy prices, climbed 0.3% versus an expected 0.2% reading.

On Wednesday, Fed Chair Jerome Powell said that the central bank is unlikely to tinker with interest rates as long as the US economy maintains its present course.