The Dow Jones broke out its early-week slump on Wednesday, but unfortunately for stock market bulls, the index mounted a hasty retreat instead of pressing further into record territory.

Dow Slips Below its Record High

One day earlier, the Dow had closed the session completely unchanged for the first time in five years.

Gold ticked higher as equities wavered. At last check, the yellow metal had climbed 0.73%, though it still traded well below the $1,500 level.

Stocks struggled as investors came to grips with the reality that the US and China have not reached an agreement on tariff rollbacks, and that tariffs may actually increase if negotiators fail to put the long-awaited “phase one” trade deal in writing within the near future.

White House economic adviser Larry Kudlow firmly stated that there would be no tariff rollbacks until an “entire deal” was in place. 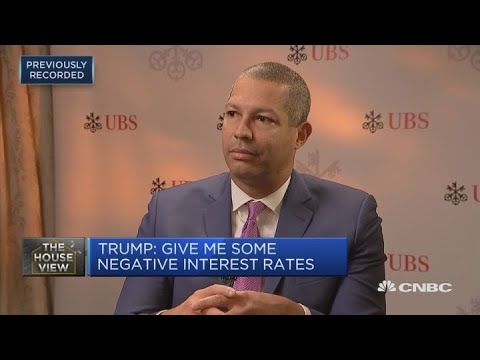 Adding to the bearish mood, the Wall Street Journal reports that those so-called “rollbacks” might not even roll back any currently-existing tariffs. Rather, they may just cancel scheduled tariff increases, such as the one set to go into effect on Dec. 15.

President Donald Trump’s closely-monitored speech before the Economic Club of New York did little to reinvigorate bullish appetites, though – quite frankly – those appetites have grown sufficiently ravenous on their own.

This Dow Jones Rally Is Being Driven by FOMO

It is tempting to fit a narrative of economic and trade optimism to the rebound in appetite for risk. But sadly, this looks a lot like a return to the pathology that has dominated throughout the post-crisis decade: markets await free money from central banks, and fear missing out when that money arrives.

As he notes, the trade war narrative remains volatile, and the picture hasn’t fundamentally changed as the months have rolled on. Moreover, there haven’t been many positive economic surprises since the summer. And corporate earnings were lackluster.

So what catalyzed the abrupt pivot in investor sentiment? Authers chalks it up to the “age-old fear of missing out” – also known as FOMO.

For all the recession warnings that bears have unleashed since the markets first turned south last year, the economy’s longest-ever expansion continues to chug along. Now, the year is coming to a close, and investment managers who maintained a defensive posture could face a reckoning.

The end of the year is coming, when investment managers will be judged on their performance. Those who are behind have an incentive to clamber into the market now, while there is still time.

That could prime the Dow and the S&P 500 for a classic “Santa Claus Rally,” but it won’t put the markets on solid footing when trading resumes in 2020.

On the data front, the US Consumer Price Index (CPI) came in higher than expected, printing a 0.4% for October. Economists had expected a reading of 0.3% after September’s 0.0% print.

Core CPI, which excludes prices in the volatile food and energy categories, met economist estimates with a 0.2% reading.

These inflation data aren’t likely to lead the Federal Reserve to diverge from its cautious policy stance. To wit, Fed funds futures imply a more than 96% probability that the Fed maintains its current interest rate target at the next FOMC meeting in December.

According to CNBC, his prepared statement informs Congress that interest rates are unlikely to change unless the economy veers from its present course.

The release of that statement helped stabilize the Dow, which had been headed for losses as large as 100 points during the pre-market futures session.

Powell’s hearing is scheduled for 11 am ET.