A hesitant Dow Jones sputtered toward a slim decline on Friday after reports emerged that the Trump administration’s tariff rollback faced “fierce” opposition within the White House.

Following a buoyant week, the US stock market’s major indices failed to trade with much conviction on Friday.

News of the White House’s internal division sent the Dow tumbling roughly 100 points from its session high on Thursday afternoon. It does not look like the index will recoup those losses today.

A stronger US dollar prevented precious metals from capitalizing on the reprieve in risk-on sentiment. Silver dipped 0.94%, while platinum and palladium endured pullbacks of at least 1.9%.

The Dow and broader stock market had raced to new all-time highs on Thursday, as investors reacted to the news that the US and China had agreed in principle to begin unwinding tariffs as part of the “phase one” trade agreement.

However, it’s now clear that this strategy does not have universal support within the White House.

Reuters: An agreement to roll back China tariffs as part of a 'phase one' trade deal faces fierce opposition in the White House https://t.co/JDYfKwSlM6

Reuters first reported that the tariff rollbacks faced “fierce” internal opposition. Then, Peter Navarro, the White House Director of Trade and Manufacturing Policy, denied that Washington and Beijing had agreed to make tariff reductions part of the partial trade deal.

“There is no agreement at this time to remove any of the existing tariffs as a condition of the phase one deal,” Navarro told Fox Business, “and the only person who can make that decision is President Donald J. Trump and it’s as simple as that.” 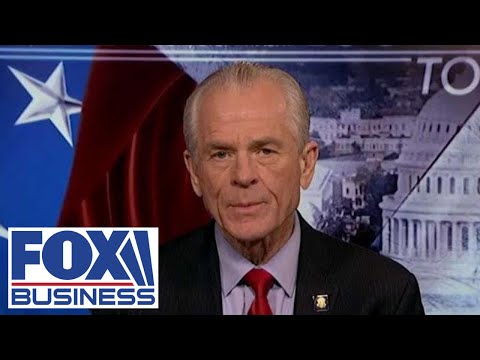 Incidentally, Trump has remained conspicuously silent on the matter. It’s notable that he did not agree to reduce tariffs when he shook hands with Chinese Vice Premier Liu He on the “phase one” outline last month.

Writing at Bloomberg Opinion, David Fickling claims that, despite what Chinese officials may say in public, state-owned companies are behaving as though there’s no trade deal on the horizon.

For all the optimistic headlines, no trade agreement has even been put down on paper, much less signed. Consequently, he warns, the trade-fueled Dow Jones rally is one Trump tweet away from a nauseating “hangover.”

Right now, markets are behaving as if the whole structure of trade impediments built up over the past two years could start getting dismantled within weeks… Should that come about, the current exuberance could turn into a hangover awfully quick.

That puts Trump in an awkward position, at least if he decides to keep tariff reductions off the table. The stock market has clearly already priced them in, so it’s difficult to conceive how he could squash those rumors without catalyzing a sell-off.