The Dow fell for a second consecutive day as Wall Street wrestled with worrisome economic data and digested analyst warnings about the Trump administration’s potential move to block US investment in the Chinese market.

Wall Street’s three most closely-followed indices endured sharp declines at the opening bell. The Dow Jones Industrial Average plummeted 246.04 points or 0.93%, forcing the index all the way down to 26,327.

Dow Struggles as Cracks Form in US Economy

The Dow and its fellow indices failed to shake off bearish economic data releases that have ignited heightened warnings that the US is on the brink of a recession.

The outlook did not improve when ADP released its private payrolls report on Wednesday. The private sector added 135,000 jobs in September, beating the Dow Jones economist estimate of 125,000. However, labor market growth continues to slow, with the 2019 monthly average falling to 145,000 from 214,000 in 2018.

“We are in a very critical place, kind of a fragile juncture in the economy,” Mark Zandi, chief economist at Moody’s, said during a media conference call, per CNBC. “What happens over the next few weeks, next few months, will determine whether there’s an economic downturn in 2020.”

The Bureau of Labor Statistics releases its monthly non-farm payrolls report on Friday, which will provide additional insight into the state of the labor market and its implications for the economy.

The less than stellar ADP payrolls report came one day after ISM’s US purchasing managers index (PMI) – which measures the health of the manufacturing industry – plunged to its worst level in a decade.

President Donald Trump blames the Federal Reserve for the cracks that appear to be forming in the economy. He says the Fed should have lowered interest rates more aggressively and taken steps to weaken the US dollar.

The Fed has been far more cautious than Trump desires, but this recent batch of concerning economic data could persuade the bank to cut rates at a third straight policy meeting.

According to CME’s FedWatch Tool, the market now anticipates a 70% probability of a 25 basis point rate reduction at this month’s FOMC meeting, which would lower the Fed’s benchmark target to 1.5% to 1.75%.

Meanwhile, investors continue to chew on reports that Trump administration officials have floated new policies that would restrict US investment in China and potentially even block Chinese companies from trading on US stock exchanges.

Both a Treasury spokesperson and White House trade advisor Peter Navarro denied the more salient aspects of those reports, which first emerged on Sept. 27. Navarro even retorted that they were “fake news.”

However, CNBC uncovered a White House policy memo from last week that – contrary to Navarro’s bold assertion – outlined a process that “would evaluate whether the Trump administration should limit US capital flow into Chinese securities.” 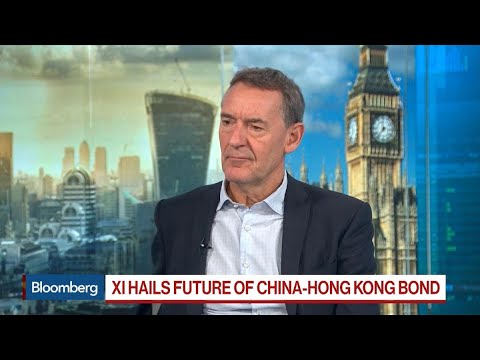 The memo stopped short of making a policy recommendation, but it shows the lengths to which the White House could escalate the trade war if negotiations continue to fail to produce meaningful progress.

Analysts warn that the fall-out could be devastating to the global market. Quoted in the South China Morning Post, Jefferies Chief Global Equity Strategist Sean Darby said that the “draconian” proposal would “ultimately undermine…US capital markets.”

Ray Dalio, the billionaire founder of Bridgewater Associates, published a lengthy blog post warning of eerie parallels to the late 1930s. He predicted that limiting American investment in China would only be the first step in attempting to isolate the world’s second-largest economy from the global market. Dalio said that subsequent steps could include freezing debt payments to China and using sanctions to pressure other countries into severing financial ties with Beijing.