The Dow Jones slipped as much as 300 points after an unexpectedly-miserable ISM manufacturing reading sent the closely-watched economic metric to its lowest point in 10 years.

As the US stock market cringed, President Donald Trump blamed the economic woes on the Fed, further pressuring a fragile Dow.

Minutes before the closing bell, the Dow Jones Industrial Average had nosedived 269.34 points or 1% to 26,647.49. The Dow had flirted with triple-digit gains in early morning trading before the awful PMI print sapped the optimism from the market.

The S&P 500 and Nasdaq also struggled on Tuesday as manufacturing data continues to suggest an impending recession with a second consecutive contraction.

The Dow was the worst hit, failing to get any boost from a weakening US dollar that sold off after some positive Brexit headlines lifted the euro and British pound.

Commodity markets were mixed, as crude oil fell 0.8% on growth concerns, while gold and silver recouped some of Monday’s losses in risk-off trade.

The US president’s desire to pin the struggles of the Dow Jones, US manufacturing, and practically any other economic metric on the Federal Reserve has long been abundantly clear. Trump and his advisers claim the Dow could be at 30,000 if Jerome Powell had been more aggressive in cutting interest rates.

As I predicted, Jay Powell and the Federal Reserve have allowed the Dollar to get so strong, especially relative to ALL other currencies, that our manufacturers are being negatively affected. Fed Rate too high. They are their own worst enemies, they don’t have a clue. Pathetic!

Fundamentally speaking, it is true that a strong USD is terrible for US exports, but broader macro themes suggest that blaming it entirely on the greenback and tight Fed policy may be unwarranted.

Politically speaking, Trump may be vulnerable if he loses the support of a key base of manufacturing workers who hoped the president would restore their industry to its former glory.

Brian Hearn, CFO of one of the leading providers of lighting and LED production solutions in the United States, had the following to say to CCN.com regarding the trade war’s effect on their purchasing of Chinese products over US manufactured goods:

“It’s still a competitive advantage for us to buy LED from China, even with Trump’s tariffs. Germany used to make the best product, but China has drastically improved its quality while still offering a significant price advantage. US manufacturers simply cannot compete on price, and do not generally offer superior quality.”

If a 25% tariff didn’t make US manufacturers much more competitive, only a considerable slide in the USD would allow them to catch up in normal trade conditions. Such a dip is extremely unlikely to occur while the US economy remains strong relative to the rest of the world. 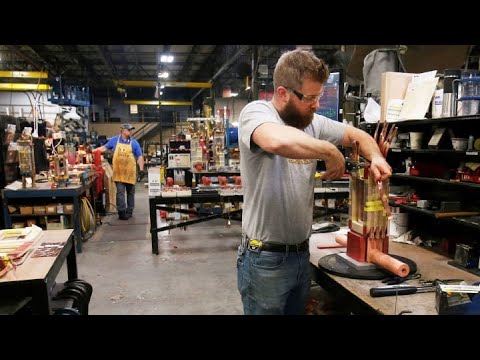 ING: Federal Reserve in a Corner as US Economy Weakens

The Dow Jones hates weak manufacturing numbers, primarily because they have proven to be a general indicator of recession. Slowing European and Chinese economies are also clear obstacles to the outlook for US exports.

Chief Economist James Knightley at ING wrote on Tuesday his view that more stock market woes can be expected as manufacturing conditions continue to worsen. From Knightley’s perspective, this will force the Fed to make two more cuts over the next few months, as he states:

“Given the worries over trade tensions, the weakening global growth story and the strength of the dollar, which is hurting the relative competitiveness, we don’t expect to see a rebound in the performance of the manufacturing sector anytime soon.. We think the Fed will provide further “insurance” interest rate cuts to try to limit the slowdown in overall growth. We look for a December rate cut with another 25 basis point move in 1Q20.”

It was a terrible day for the Dow 30, as Cisco slid 3%, while McDonald’s and Caterpillar lost around 2.5%. Energy stocks struggled as Exxon Mobil and Chevron also dropped close to 2%.

It could have been much worse if Apple wasn’t up 0.5%, showing incredible resilience amid market turmoil and continuing its strong rally. Visa gets a notable mention for a remarkable 1.45% gain even as the Dow Jones slipped nearly 300 points.