Yesterday Treyarch finally revealed the gameplay in an 8-minute-long special presentation, and they didn’t even make us wait three months for it.

Not only are we getting the best Zombies experience yet, but the developers listened to us and added loud outs and cross-play.

Black Ops Cold War is going to provide the biggest zombies mode we’ve ever seen. Cold War is a return to the days when Zombies mode was the best thing about Call of Duty.

The new features that Black Ops Cold War Zombies brings to the table are immense. The aforementioned loadout mechanic will finally allow players to begin the game with something other than a weak pistol.

Probably the best feature announced is cross-play. Finally, it’ll be possible to play with your friend no matter what different platforms they’re using. Along with the cross-play comes cross-progression, so you can even switch platforms without hassle.

Another massive change to the formula is how a game ends. Rather than merely running wave-after-wave of zombies, you can now exfiltrate maps. This will mean that you can call in a chopper to leave without having to die. You’ll still have to survive a few more rounds, but it beats becoming a zombie’s dinner.

You can check out the full reveal in the video below. If you’re a zombies fan, then it’s time to get excited. 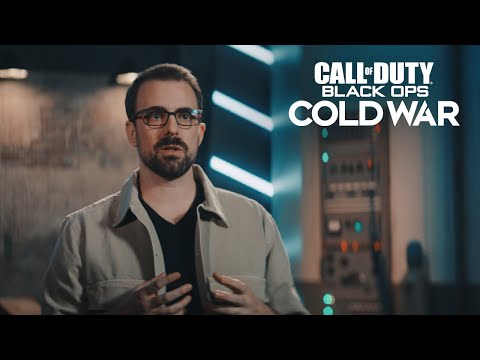 The Good News Doesn’t End There

Treyarch has promised that Black Ops Cold War Zombies will remember the classic elements of the series. Everything that made previous Zombies modes fun, like pack-a-punch and perk drinks, are coming back with a fresh coat of paint. More than that, there’s even a new perk drink that adds elemental damage to your weapons.

Probably the best news for everyone is the addition of content updates to the mode completely free. Activision will undoubtedly add some form of monetization, probably either as DLC or microtransactions. Just knowing that at least some new content will be free is a big deal. In previous years Zombies mode has relied entirely on paid-for content updates.

Black Ops Cold War Zombies is shaping up to be the best Zombies mode we’ve ever seen. Not only have the developers listened to the players, but from the trailer, it’s easy to see just how expansive and fresh the new game is going to be. I can’t wait for the open beta to hit on October 10th, though my hard drive probably doesn’t feel the same way.