Call of Duty Modern Warfare has excellent gunplay. It’s not that surprising considering how many COD games the developers have made. Despite this, they don’t seem to have been entirely sure of what they were doing throughout development.

In a recent Instagram post, artist Aaron Beck revealed the game was supposed to ship with a zombies mode – and the concept art looks amazing.

Why on earth did we get Spec Ops for co-op instead of an awesome zombies mode?

Call Duty Modern Warfare has a terrible co-op mode. Special Ops is the standard co-op mode that comes with the game, and it sucks. You can’t play any of the missions alone even if you want to, and the maps feel like beta tests for Warzone and multiplayer. 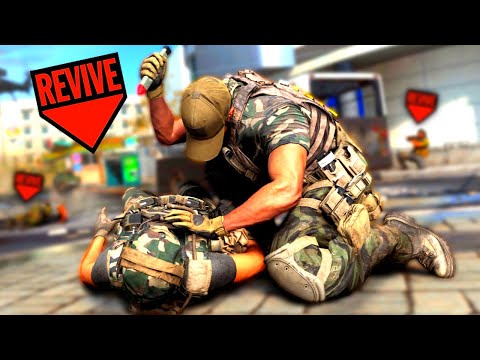 It’s painful to see this awesome concept art, knowing what we could have got. For someone like me, who is a big fan of co-op gameplay, the spec ops mode was a huge disappointment.

Zombies mode could have been a perfect fit for Call of Duty Modern Warfare. That classic gunplay being used in Warzone and multiplayer would possibly have given us the best zombies mode we ever had.

Just listen to how the artist describes it.

I was thinking it would be fun to play with the classic Call of Duty zombie gameplay, hinting here at some sort of Russian special forces soldier and his duo of quadruped robots, holding captive zombified soldiers by leashes around their necks.

He’s talking about the art here, but if that philosophy had continued into the mode’s development, it could have been a masterpiece.

Warzone Is Probably The Reason Behind This Co-Op Failure

It seems likely that we have Warzone to blame for the lack of decent co-op options in Call of Duty Modern Warfare. Infinity Ward has been devoting plenty of time and resources to the new battle royale mode.

It’s almost inevitable that something else would suffer. The campaign was excellent, and despite some minor issues, multiplayer was top-notch. Something had to break, and unfortunately, that turned out to be the co-op mode.

If we don’t get the best mode ever, then the upcoming game will have already failed.